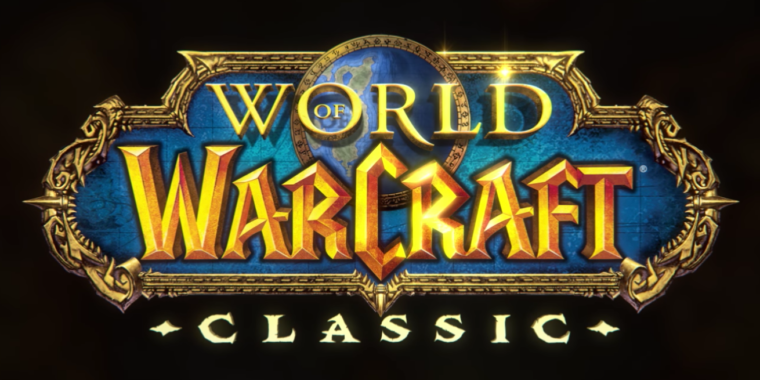 Blizzard’s annual Blizzcon event in Anaheim, California kicked off on Friday with several game-related announcements, but the most surprising one plunged back into the company’s history. Finally the fans’ requests for a major turnaround of the World of Warcraft clock comes to life in the form of World of Warcraft Classic.

“Before I get to the big news today, I want to talk about ice cream,” Wow Executive Producer J. Allen Brack told the Blizzcon audience. “I understand that for some of you your favorite flavor is vanilla.”

This was a reference to “vanilla” Wow servers, where players are logged in behind the official back of Blizzard to download previous pre-expansion versions of Wow. After countless shutdowns, fights, and meetings over the years, along with petitions begging the company to make a paid version of what they wanted, Blizzard is finally giving in with its own official take on the concept.

No release date, footage or other gameplay details have been revealed yet, though Blizzard may reveal more about the project during several Blizzcon panels this weekend. Instead, Blizzard showed fans a trailer that rewinds several cinematic clips from the game expansions, before showing off a familiar-looking, bearded dwarf walking in the snow from the very first edition of the game.

“Fans of World of Warcraft around the world, we hear you,” Brack told the crowd. “I’m excited and also a little nervous to announce the development of a classic server option for World of Warcraft. This is a bigger undertaking than you might imagine, but we are committed to creating an authentic Blizzard-quality classic experience.”

He followed with a bold promise to “recreate the classic gaming experience, but not the actual launch experience.” Brack said Blizzard had auctioned off the game’s original server blades in a charity auction years ago, then said, laughing, “We’ll probably need those back.” Based on what we know about Blizzard losing original game items in the past, we’re not sure if he’s kidding.

For those less eager to revisit the vanilla version of the game, Blizzard has also taken the opportunity to unveil Battle For Azeroth, the game’s seventh expansion pack. That packed in two new continents, a new level cap and other features. Unfortunately, the Blizzard Classic team had no announcements of other projects in the works at Blizzcon this year. (come on, Warcraft II: Tides of Darkness!)