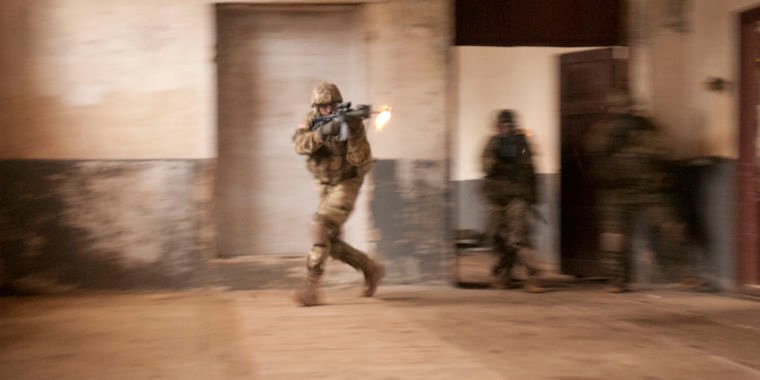 Recently, we got an inside look at what the military secretly thinks is coming for humanity. This untitled short film was leaked to The Intercept after being screened as part of an “Advanced Special Operations Combating Terrorism” course hosted by the Joint Special Operations University (JSOU). Originally created by the military, it is about how troops will interact with megacities in the year 2030. What is surprising is that it recognizes social problems that the US government usually ignores or denies.

At The Intercept, Nick Turse explains the film’s origin:

The video was used… for a lesson on ‘The Emerging Terrorism Threat’. JSOU is operated by the US Special Operations Command, the umbrella organization for America’s most elite troops… Lacking opening and closing credits, the provenance of “Megacities” was initially unclear, with SOCOM claiming the video was produced by JSOU before it was released. indicated that it was actually made by the military. “It was created for an internal military audience to shed light on the challenges of operating in megacity environments,” Army spokesman William Layer told The Intercept in an email. “The video was produced in-house pro bono in the spring of 2014 based on ‘Megacities and the United States Army’… The producer of the film wishes to remain anonymous.”

Turse further jokes about the film’s hyperbolic story and cheap stock photos, which, while feeling like a propaganda clip from Spaceship Troopers. However, despite the awful episode, the movie does a good science fiction world-building. The premise is that we have mastered urban warfare, but our tactics only work in cities in the late 20th century. Megacities, which are usually defined as urban areas with more than 15 million people, will change the game. The film explores what social life will be like in such places, especially after climate change has made them more dangerous and the divide between rich and poor has widened unimaginably.

That’s right – the Pentagon recognizes climate change as a serious threat. This position is not new and it highlights a divide between the armed forces and Congress. Likewise, economic catastrophe is tackled head-on in this video, with the military describing our class-divided future just as the Occupy movement did. With more people living in poverty, cities will be snapping at DIY power grids and ad-hoc social systems that rely on “alternative forms of government” and “decentralized economies.”

Remarkably, the megacities envisioned by the military resemble something from the pages of an early William Gibson novel. Rich people with unimaginable technologies live next to slums, and both groups are brought together by “untethered individuals” working “in the shadows” on digital weapons and social media counterinsurgency. There, in a world where “social structures will be dysfunctional,” the military envisions a “nervous system” of non-state actors that further erode national security by “mingling with civilians” to create new threats.

As I said, the delivery is clunky and the images are from stock photos, but whoever made this film knows many of the concerns in today’s best science fiction. Plus, filmmakers look at future disasters without flinching and without pretending climate change is a myth. And that’s why the scariest thing about the movie is the fact that it doesn’t offer solutions, just more fights. This is the dystopian military future envisioned by the US military, where the wars go on forever.