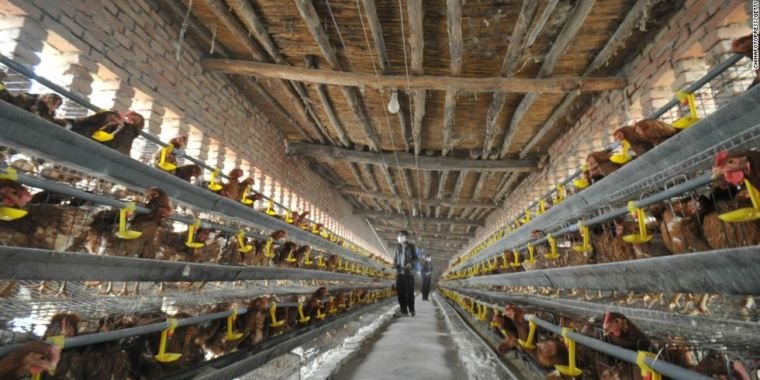 If you love a good jerk chicken and would like to continue to do so, you may want to stop reading now.

Because chicken as we know it – breasts in a Caesar salad, fried nuggets in a bucket, plastic-wrapped drumsticks in the supermarket – is certainly not the little red chicken from the children’s story, free to peck around the yard as she walks along the steps of baking her own bread. Chicken is now a commodity protein that must be supplied to consumers as cheaply as possible in the form of white meat. And the cost of that system is significant, as Maryn McKenna outlines in her book Big Chicken.

McKenna’s crusade is against the rising threat of antibiotic resistance, and it’s worth it. Her description of a post-antibiotic world is much like the pre-antibiotic world, in which about a quarter of children died of infectious diseases before their fifth birthday, surgery and chemotherapy were impossible, and a skinned knee could – and often was – deadly. It was a terrible time to be alive.

But as McKenna argues Big ChickenThe real culprits that have brought us to the brink of a post-antibiotic era are not overzealous parents and doctors treating children with ear infections. It is the big farms that give excessive amounts of antibiotics every day to the farm animals we eat.

Farm animals in the US, such as pigs, cows and chickens, get more than 80 percent of antibiotics sold in the United States. These animals are not given antibiotics to cure any bacterial infections they have, as humans do. They are given antibiotics because a researcher at Lederle Labs discovered in 1949 that adding antibiotics to chicken feed made the birds gain weight more quickly. (Antibiotics have the same effect on humans, by the way.) By lacing animal feeds with these drugs, farmers and ranchers were able to get their animals to increasingly higher carcass weights faster and with the same amount of food.

Since the antibiotics also protect the animals from getting infections in the first place, the farmers could now pack them close together and raise more of them in a smaller space. This daily dose of antibiotics created and enabled large-scale livestock farming as practiced around the world today.

It would be comforting to think that the scientists, farmers, breeders, businessmen, politicians and policymakers who allowed this to happen (McKenna lists them all) did not know the consequences of their actions, that they had benevolent intentions and were simply trying to emulate President Herbert Hoover’s ” chicken in every pot” campaign promise of 1928. But as McKenna puts it, they were more or less motivated by their bottom line, not human health and nutrition (and certainly not animal health and welfare). ). They knew very well the risks they were running.

One such risk was recognized almost immediately when antibiotics were discovered. Penicillin, the first antibiotic, was identified in 1928 and commercialized in 1940; in 1945, its discoverer, Alexander Fleming, said: “The thoughtless person who plays with penicillin treatment is morally responsible for the death of the man who succumbs to infection with the penicillin-resistant organism.”

Antibiotics for growth promotion and disease prevention were banned in the UK in 1971. The US FDA tried, starting in 1972, but the lobbyists intervened. They came from everywhere – from the pharmaceutical companies that made and sold the drugs to the US National Cattlemen’s Association that prized their effects.

That might as well have been because the British plan more or less failed; since it only banned antibiotics for growth promotion and disease prevention, the ban still allowed farmers to treat infections in their farm animals if they obtained a prescription from a veterinarian. This is exactly what the farmers did, and it resulted in farm animals being given even more antibiotics than before the ban came into effect. The same thing happened when the EU tried to ban growth-enhancing drugs in 1999.

The magnitude of the problem has gone unrecognized for some time because neither pharmaceutical companies nor ag companies were required to disclose how many antibiotics, or even which antibiotics, they fed their animals. Ironically, that changed when pet drug companies became annoyed that it took so long for new drugs to be approved.

In 2003, drug companies were urging the FDA to speed things up, and Congress insisted they provide some sales data if they wanted the expedited process. In 2009, the resulting federal report revealed that farm animals received about 30 million pounds of antibiotics that year, including every class of drug we have. That number has increased every year since then.

Now people don’t want antibiotics in their food, and market demand — once the stimulus — has pushed companies to change. In February 2014, Chick-fil-A announced it would stop serving chicken that had been given antibiotics. Months later, Perdue said it no longer gives its chickens antibiotics; it depends on healthier food, vaccinations and more light and room to move to keep the chickens healthy.

As of January 2017, the FDA has made it illegal to give farm animals antibiotics for growth-promoting purposes, although farmers can still use them for disease prevention on a veterinarian’s advice.

So the companies that had not yet voluntarily abolished antibiotics will now have to follow suit. But the change is not a great loss to them; the growth-promoting properties of antibiotics have gone as far as they could go. Due to other changes in diet and living conditions, the drugs simply no longer work.