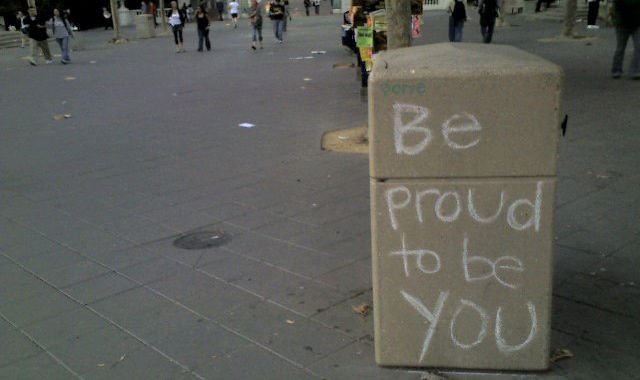 All too often, scientific news extrapolates wildly from the science in question. Take, for example, the time when a small study in mice turned into dietary advice for humans. Press releases are sometimes the source of the hype; other times, the hype can be added by reporters and editors to spice up the story.

But sometimes the extrapolation is embedded in science itself. Researchers are not immune to bias and sometimes they make unsubstantiated claims based on their data. A piece of paper inside PNAS this week takes a giant leap from the evidence to claim that the emotion of pride “evolved to direct behavior to elicit appreciation and respect from others.” The paper itself has some useful findings, but getting from the data to the conclusions requires the mental equivalent of an Olympic long jump.

You think humor is just as important as the next one

What the researchers found – and here’s the cool thing – is that we have a high opinion of other people who have traits that we would be proud of ourselves. More than 1,300 people from 16 different countries answered a survey on traits such as sense of humor, generosity, athletic ability, popularity and responsibility.

The participants were split into two groups. Half of them answered the survey as if they were the people with the characteristics in question. They rated how much pride they would feel if things like “People like your sense of humor” about them were true. The other half rated how positively they would view another person with the same trait, such as “People like his sense of humor.”

The ratings were on a scale of one to seven and the results of the two groups matched closely. For example, in Belgium, participants rated the pride they would feel for saying “You are trustworthy” as 6.33 out of 7 (average). The other group rated a trustworthy person as 6.04 out of 7. Physical attractiveness, on the other hand, received 4.77 and 5.41, respectively.

This was the case in all countries. Correlations are measured using a statistic called Pearson’s r, and for a perfect correlation (where one value increases as the other increases, without exception and by a perfectly consistent amount), r equals 1. For no correlation, r equals 0. The values ​​for all countries in this study were on the high side – from the middle of 0.70 seconds. The authors report statistical significance for all.

This is intriguing because people are not always good at matching internal perceptions with external reality. For example, we’re not always good at figuring out what we do and don’t know, nor do people seem to be good at judging who their friend is. The fact that the results were so consistent across countries is an important asset, as it means that the conclusion is not drawn from just one population.

But not all experiments were conclusive. The authors also looked at feelings beyond pride, but they often made no sense. For example, it’s not clear why we would expect someone to like that they’re considered trustworthy. Yet the analysis of these results yielded curiously important findings, for example the correlation between value and entertainment in India. Still, these quirks don’t necessarily detract from the stronger findings of the other work in the paper.

Does this mean that pride is evolutionarily adaptive?

There is also the question of cross-cultural sampling. The countries on the list include the US, Canada, Australia and six countries from Europe, meaning nine of the 16 countries have a shared cultural heritage. Of the remaining seven countries, three – India, Singapore and the Philippines – were all colonized by European countries, introducing a level of cultural contact that definitely complicates any correlations with cultural variables.

The geographic proximity of Turkey and Israel to Europe also raises the prospect of a shared culture. This really sets South Korea and Japan free. Cross-cultural research is difficult and expensive, so it is not a lack of research to have a limited selection of countries. But it does mean that the interpretation of the results deserves some caution.

The real leap the authors are making, however, is to use their findings to make an evolutionary claim. The researchers argue that humans are a highly social species that rely on the good opinions of others, especially when resources are scarce. So we try to do things that make other people think well of us. But if we don’t know how much people will appreciate a certain achievement (such as winning a marathon), we risk wasting our energy on activities that make us feel proud but don’t really encourage people to appreciate us.

The authors take their strong correlations as evidence that the emotion of pride evolved to lead us to the right kind of highly valued behavior. When things we are proud of are respected by others, pride can guide our behavior.

To be clear, this is a plausible suggestion. When we see something related to social status appear in people around the world, the hypothesis that it is the product of evolution is reasonable. But to be more certain, we need proof of the only thing natural selection cares about: reproductive fitness, or how many children you have. For example, if we found that people whose feelings of pride align closely with their community’s values ​​and that those people have more children, that would be evidence that feeling the right levels of pride is evolutionarily adaptive.

Even then, to what extent is pride an evolved emotion separate from other abilities and feelings? Was the emotion of pride the result of evolution, or was a general ability to coordinate our actions with the feedback we receive from others the result of evolution? These are answerable questions, but they require a lot of research from a wider range of countries (and a lot of research funding). At this point, the evolutionary claim is speculation – interesting speculation, but a solid stray from the actual data.