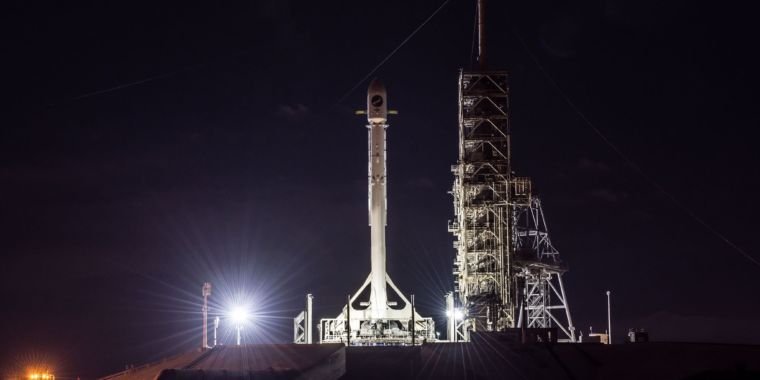 10:20am ET update: SpaceX made it. Under partly cloudy skies along Florida’s east coast, the rocket company launched the X-37B spaceplane near the start of the launch window. The spacecraft entered orbit safely — how high was unspecified due to the secretive nature of the mission — and the first stage of the Falcon 9 rocket returned safely to a coastal landing area.

Now the rocket company and the rest of Kennedy Space Center, Cape Canaveral Air Force Station and other aerospace companies along the coast must make their final preparations for the effects of Hurricane Irma this weekend.

Original message: Florida has a lot to worry about right now with Hurricane Irma’s imminent arrival, but before the storm hits this weekend, SpaceX is trying to squeeze in another launch. And it’s a big one. The company’s Falcon 9 rocket will launch the U.S. Air Force’s X-37B Orbital Test Vehicle for its fifth mission.

Few details are available on this classified mission, but the primary launch window opens at 9:50am ET on Thursday and closes at 2:55pm ET. Weather conditions Thursday are about 50 percent favorable for launch. A backup window will be available Friday, although this is uncertain due to the need for Floridians to prepare for Irma.

For the first four missions, the Boeing-developed X-37B spaceplane has launched atop an Atlas V rocket, the military’s vehicle of choice, manufactured by United Launch Alliance. Earlier this year, however, Secretary of the Air Force Heather Wilson told Congress that the rise of the commercial spaceflight industry has proven to be a boon to the U.S. military and that the military felt comfortable launching the X-37B on a SpaceX rocket.

“The advantage we’re seeing now is competition,” Wilson said in June. “Some very exciting things are happening in the commercial space that provide the opportunity for guaranteed access to space at a very competitive price.”

The U.S. military has not said what the X-37B has done in space for years, beyond promoting “operational development for reusable space vehicle technologies.” In addition to testing surveillance technology, some experts think the Air Force may be working on equipment that could be incorporated into a human-rated version of the vehicle that could carry a flight crew. One of the applications being considered for the X-37B is the recovery of satellites for Earth-based repair.