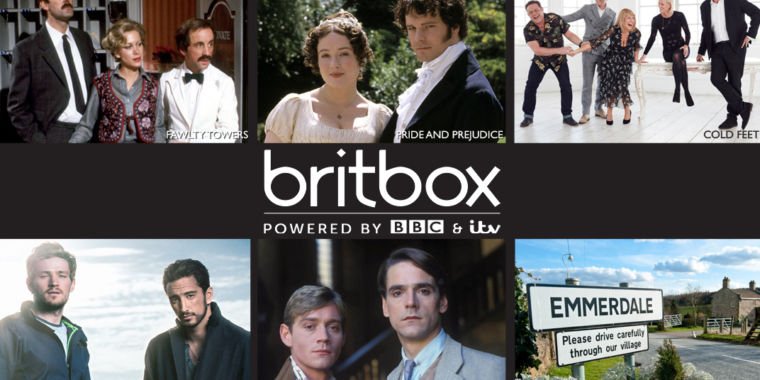 Updated, March 8: BritBox has now launched in the US, priced at $7 per month, slightly less than Netflix and Hulu (both $8 per month).

There are around 2,000 hours of programming available on BritBox today, with more content being added daily, sometimes as little as 24 hours after the show airs in the UK – pretty important for subscribers looking to keep up with the soaps or catch up on shows like Sherlock (but let’s not talk about the gruesome ending of the final season).

More information about BritBox can be found below.

The BBC’s commercial arm has teamed up with rival British broadcaster ITV to launch BritBox, a subscription streaming service that gives American Anglophiles access to hundreds of British TV shows.

US-based AMC Networks, creator of hit shows such as Breaking Bad and The living Deadwill own a minority stake in BritBox, but will not have voting rights.

Pricing for BritBox has yet to be announced, but we’re told it will launch in Q1 2017 on iOS, Android, Roku, AppleTV, and Chromecast, as well as web browsers. Other streaming services like Netflix and Hulu typically cost around $8 per month. BBC Worldwide added that while the service will be US-only initially, it has an “ambition” to roll it out to other international markets in the future.

BritBox will be split into two sections: “Now” will show soap operas and some series just 24 hours after broadcast in the UK, while “Classics” will feature catalog content from both the BBC and ITV dating back decades. On the Now side, British soap operas like: EastEnders, Emmerdaleand Holby City will be screened alongside dramas such as silent witness, New bloodand Cold feet.

Classics include period dramas such as Brideshead Revisited, Pride and Prejudiceand Upstairs Downstairswhile comedy fans can enjoy the class-based capers from Keeping up appearances and the mild xenophobia of Fawlty Towers. Further details on shows will be promised closer to launch and those interested can sign up for updates at britbox.com.

While it doesn’t matter to American people, it’s a surprise that the BBC is partnering with ITV to launch a streaming service, especially as the two broadcasters regularly compete for viewers in the prime-time slot on Saturday nights with shows like Strictly Come Dancing and The X Factor. Also surprising (and disappointing) is that Channel 4 is not currently part of BritBox.

C4 has numerous comedic classics in its books, including: Father Ted, peep showand Smack the Ponyas well as award-winning research news programs such as: Shipments. Channel 5 is also not part of the deal, but as the output mainly consists of: Big brother of celebrities and Tattoo Disastersit will not be missed.

The launch of BritBox follows the shuttering of the global version of iPlayer in May last year. The app allowed users in Western Europe, Australia and Canada to watch BBC programs, including hit shows such as doctor who and Sherlock. European users were charged €5.99 (£4.30) monthly, Canadians $6.99 (£3.70) and Australians $7.49 (£3.80).

It also follows the failed launch of “Project Kangaroo” in 2007, a joint venture between ITV, BBC Worldwide and Channel 4 aimed at simplifying the streaming video market in the UK. The project was scrapped after competition regulators blocked its development because it posed too much of a threat to competition in the then nascent video-on-demand market.

While BBC Worldwide has been hugely profitable for a long time, thanks in part to library content DVD sales and content licensing, its biggest cash cow has been the car show Top gear, which at one point brought in as much as £50 million a year. After the resignation of presenter Jeremy Clarkson (and the resignation of co-hosts Richard Hammond and James May), viewing figures have fallen sharply. BritBox may be a way to make up for that loss.

Meanwhile, Clarkson, Hammond and May have launched The Grand Tour, a new car show exclusive to Amazon Prime Video. It has reportedly become “the most illegally downloaded program ever”.