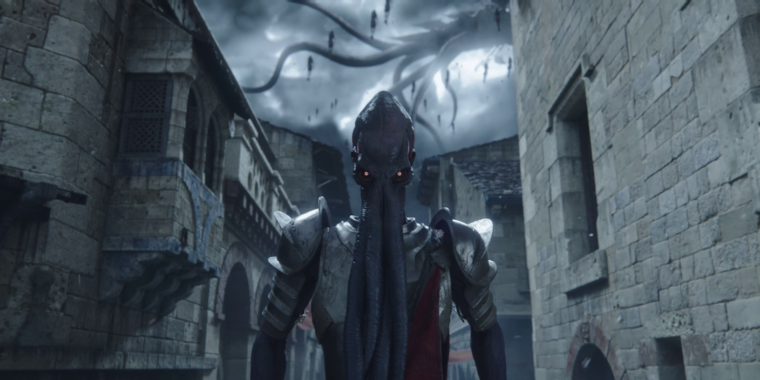 After the game’s existence was hinted at months ago and all but confirmed via website source research last week Larian Studios officially announced that it is working on Baldur’s Gate III today, nearly 19 years after BioWare’s release Baldur’s Gate II†

If you recognize the Belgian name Larian Studios, it is probably because of the divinity series of computer RPGs, reborn in recent years as the critically and commercially successful Divinity: original sin series.

The Larian team is also working “in close collaboration with Wizards of the Coast Dungeons & Dragons team,” according to a press release.

Baldur’s Gate III will push the boundaries of the RPG genre, delivering a rich story with unparalleled player freedom, high-stakes decisions, unique companion characters, and memorable combat. It is Larian Studios’ largest production ever and will be played with friends or as a single player adventure.

While the game’s first pre-rendered trailer premiered today as part of Google’s Stadia pricing announcements, Larian has since confirmed that the game will also be coming to Windows PCs. The timeline for the game’s release is still a mystery, though Larian says it “plans to work closely with the global community to bring the coveted series to life, with more news coming as the year progresses.” ”

In an interview with USGamer held ahead of the announcement, Larian’s creative director Swen Vincke emphasized that the new sequel would be more streamlined than previous games, thanks in part to the fifth edition’s easier-to-explain Dungeons & Dragons rules that basic shapes. He also stressed that the game, which takes place 100 years after the original game, would start out “clean” to some extent, with only “iconic” callbacks to the original.

Perhaps most surprisingly, Vincke suggested in the interview that: Baldur’s Gate III may not have the same isometric perspective as the titles that preceded it (and are typical of games like Divinity: original sin† “We’re going to have some things that you haven’t seen in CRPGs that I’d love to talk about, but I’m going to stick with it,” Vincke said.