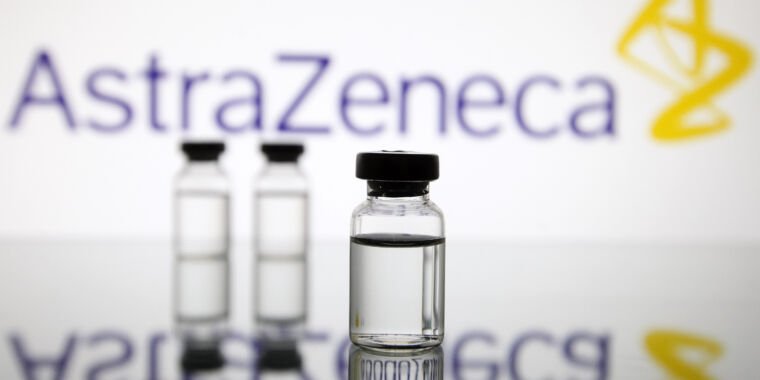 Update 4:00 PM EDT: The board of experts following the clinical trial of AstraZeneca’s COVID-19 vaccine has found the vaccine to be between 69 and 74 percent effective at preventing symptomatic illness — not 79 percent effective, as AstraZeneca announced Monday.

According to a report from The Washington Post, the trial’s Data and Safety Monitoring Board (DSMB) had meetings with the company in February and March and saw data indicating an efficacy range of 69 to 74 percent. The board of directors “highly recommends” including the latest information in Monday’s company press release.

However, Monday’s press release only mentioned a 79 percent efficacy, and in a second press release on Tuesday, the company noted that they had used a February 17 data cap.

Following Monday’s press release, the DSMB sent AstraZeneca a highly unusual letter — which was viewed or obtained by The Washington Post — heavily criticizing the move.

“The DSMB is concerned that AstraZeneca has chosen to use data that was already outdated and potentially misleading in their press release,” the letter reads. “The point that is clear to the board is that the [vaccine efficacy number]…they chose to release was the most favorable to the study as opposed to the most recent and most complete. These kinds of decisions erode public confidence in the scientific process.”

Original story, 10:13 a.m. EDT: A board of independent experts charged with monitoring the data and safety of AstraZeneca’s COVID-19 vaccine research has raised a red flag over Monday’s company press release, which announced the vaccine was 79 percent effective in the prevention of symptomatic COVID-19.

In the wee hours of Tuesday, the National Institute of Allergy and Infectious Diseases released an unusual statement showing that the trial’s Data and Safety Monitoring Board (DSMB) had been in contact with both the federal agency and the company. The statement read:

The DSMB expressed concern that AstraZeneca may have included outdated information from that study, which may have provided an incomplete picture of the efficacy data. We urge the company to work with the DSMB to review efficacy data and ensure the most accurate, up-to-date efficacy data is made public as soon as possible.

In an interview with Good morning America On Tuesday morning, NIAID director and top infectious disease expert Anthony Fauci tried to add more context to the situation. He noted that the DSMB, which has access to all data from the AstraZeneca study, was surprised by what the company said in its press release.

“When [the DSMB] When they saw that press release, they were concerned and wrote a rather harsh letter and copied it to me,” Fauci said. “They felt that the data in the press release was somewhat outdated and could, in fact, be misleading.”

The unusual dispute is just the latest stumbling block to AstraZeneca’s COVID-19 vaccine, which has been plagued by doubts and disappointing results. Last week, more than a dozen countries in Europe and elsewhere temporarily suspended the vaccine’s rollout over concerns it could cause life-threatening blood clots in a very small number of people.

Health experts, including the World Health Organization, urged countries to resume use of the vaccine, noting that the benefits of protecting against COVID-19 far outweigh the risk of rare blood clots. Many countries have followed the advice and restarted vaccinations, but doubts about the vaccine remain. The new dispute over the data in US press releases is likely to add to the doubts.

“It’s really unfortunate that this has happened,” Fauci said this morning on GMA, calling the press release’s debacle a “casual mistake” that would raise even more doubts and contribute to vaccine hesitancy. “The fact is, this is very likely a very good vaccine,” Fauci added. “If you look at the data, they’re really really good, but when they put it in the press release, it wasn’t quite right.”

In a press release early Tuesday, AstraZeneca addressed the controversy, apparently for now with its efficacy data:

The figures released yesterday were based on a pre-specified interim analysis with a data cut-off of February 17.

We reviewed the preliminary assessment from the primary analysis and the results were consistent with the interim analysis. We now complete the validation of the statistical analysis.