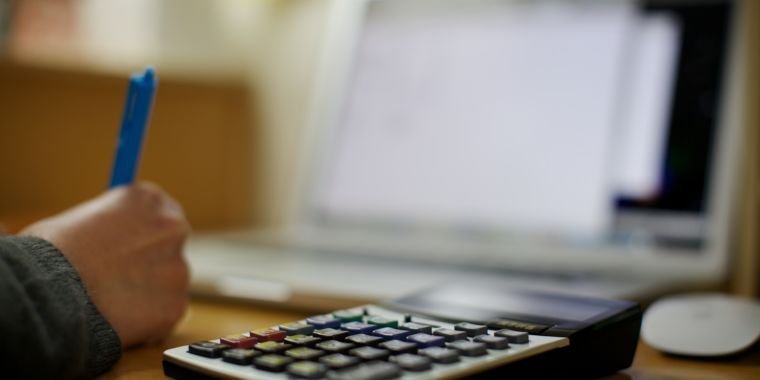 The Department of Energy’s internal watchdog released an audit report (PDF) this month detailing riotous spending, approved by the Office of Fossil Energy, for a clean coal initiative that should result in a plant with 400MW of carbon capture.

The Office of Fossil Energy partnered with a private company called Summit Texas Clean Energy LLC (owned by Seattle-based Summit Power) to complete the project. Fossil Energy has pledged to fund $450 million of the $1.8 billion project, which would have been built outside of Odessa, Texas. Summit claimed the plant would have captured 90 percent of the carbon created.

Instead, Fossil Energy broke the partnership in June 2016 when the same DOE’s internal watchdog (formally known as the Office of the Inspector General, or OIG) released a report pointing to significant project delays and Summit’s inability to sufficient additional private funding to complete the project. In October 2017, Summit Texas Clean Energy was declared bankrupt.

Overall, the report identified $38 million in repayment payments made by the Office of Fossil Energy to Summit without proper and thorough documentation. But before the partnership between Fossil Energy and Summit ended, a third-party auditor had approved most of those payments, so the OIG said it would not set foot on that ground again, despite its reservations. However, at least $2.5 million in expenses paid out over the lifetime of the project may have broken the rules about what federal government funds can and cannot reimburse.

Those disallowed expenses include millions of dollars lobbying Summit (lobbying fees cannot be paid with federal funds), as well as spa service, limousines, and business-class travel.

Although the OIG identified $38 million in poorly documented bills, its main concern in its report was $2.5 million in unauthorized expenses.

The payment appears to have been approved based on a delicate wording of agreements submitted by Summit to the Office of Fossil Energy. “Lobbying” was not detailed, but “meeting with” government officials was. So did “asking for support” and “asking for financial incentives” from government officials. A consultant paid by Summit met with a law firm whose services had previously been refused because the use of that firm was deemed “impermissible lobbying costs.”

In many ways, the similarities seem to hide “lobbying” in plain sight: A consulting firm hired by Summit even outlined the services it provided for Summit on its website, including meetings “with members of Congress to gain support for the project,” the report said. “The website indicated that its efforts have resulted in a review of legislation regarding tax credits for clean energy projects.”

The report also found more than $1.3 million in travel or personal expenses. “For example, we identified more than $650,000 in consulting fees for items such as spa service, alcohol, first-class travel, limousine services, foreign currency receipts, and business meals that were banned or not fully substantiated,” the report states. Much of the expense came from a consulting firm contracted by Summit, but the inspector general found travel expenses for Summit employees on that consultant’s invoices, raising the question of whether those expenses had been double-counted.

The other bad bills

The separate $38 million in poorly documented bills may not have been allowed, but their lack of detail made it hard to tell. The OIG wrote that $16.9 million of the total amount reflected the costs of subcontractors who failed to report what type of work was being performed and why. “Our examination of documentation… for one subcontractor revealed that the monthly fee fluctuated between $20,000 and $50,000; however, none of the invoices contained a justification for the charges,” the report wrote. “On one of the invoices, we noticed that the original monthly fee had been crossed out and replaced with a new, higher fee with no explanation for the adjusted amount.”

An additional $10.8 million was claimed for labor without proper documentation. “This was a concern as approximately 65 percent, or approximately $7 million, was charged for seven executives who held positions for multiple entities affiliated with Summit.” Without proper documentation, the OIG could not tell whether the services rendered were for the project or for some other unrelated task with a different position of the supervisor.

More than $8.2 million in subcontractor costs was also paid in foreign currency, with no exchange rate details at the time of payment. (Summit has signed contracts with Chinese and Canadian engineering firms, according to its website.)

Despite all those red flags, the OIG said it was beyond the scope of its audit to go further into those expenses, because Summit was already required to have a third party review its expenses while the company was collaborating with the DOE. “However, we noted that these audits were typically not performed until long after Summit was repaid,” the OIG wrote.

In the US, carbon capture projects are struggling to get off the ground. With such a high cost of capital and given that carbon capture usually requires significant energy input, critics have said money for developing clean coal would be better spent on cheaper renewable energy or greenhouse gas-free nuclear and hydropower. In a blow to technology related to carbon capture, Southern Company’s Kemper plant in Mississippi recently announced it would discontinue use of its expensive coal gasification unit in favor of burning much cheaper and cleaner natural gas.

But regardless of the state or economy of the carbon capture technology, a lax approach to spending can stunt a project’s growth and lead to cost overruns. The OIG advised the deputy secretary of Fossil Energy (a Trump appointee who was not in charge of the Office of Fossil Energy when it worked with Summit) to cut some of the $2.5 million in potentially unacceptable costs the discovered to be recovered. In a letter accompanying the report, the deputy secretary noted “that, given Summit’s bankruptcy, it would be highly unlikely that it would have the financial resources to handle unauthorized attacks.”

Ars contacted the Office of Fossil Energy and Summit Texas Clean Energy’s parent company, Summit Power, for comment, and we have not yet received a response.

The report comes at a time when the Trump administration has made a budget proposal to increase the Office of Fossil Energy’s budget from $421 million in 2017 to $501 million (pdf). The hope is that future contracts will be monitored more carefully.