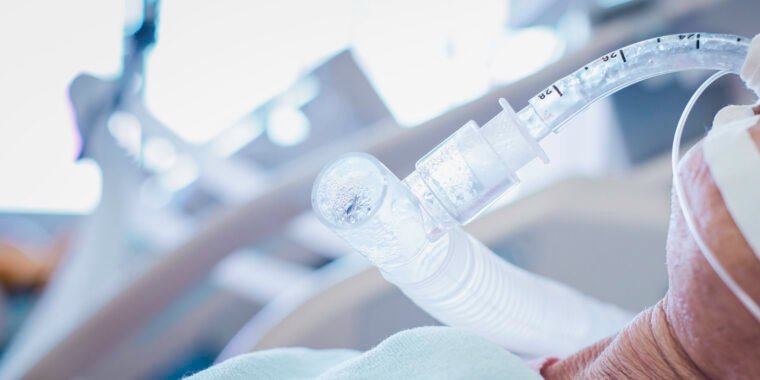 One of the most crucial things the United States can do to prepare for the rising coronavirus outbreak is to replenish our ventilator supplies. These mechanical ventilators are critical to keeping patients with severe cases of COVID-19 alive. The United States currently has about 170,000 of the devices; experts say this may not be enough as the number of coronavirus cases continues to grow exponentially.

On Sunday, President Donald Trump tweeted that “Ford, General Motors and Tesla will be allowed to make fans and other metal products, FAST!” (Presumably he meant “medical products.”)

This is a clear reference to new guidelines from the Food and Drug Administration, released Sunday, that drastically relax the agency’s normally strict oversight of ventilator technology. Not only does the new policy give medical professionals more leeway to modify existing FDA-approved ventilators, it also creates a streamlined process for complete new entrants to the ventilator market to gain FDA approval.

But fans are complex machines that can cost as much as $50,000 each. Reliability is crucial, as even a brief outage or power outage can cost a patient his or her life. So it wouldn’t be practical for any company to design and build fans from scratch in a few months. Instead, auto companies are looking for ways to help existing suppliers expand their production.

“Ventec will leverage GM’s logistics, procurement and manufacturing expertise to build more of their all-important fans,” the two companies wrote in a joint press release.

GM’s main contribution appears to be helping Ventec strengthen its supply chain. Like other automakers, GM is at the top of a vast network of suppliers, some of which have advanced manufacturing capabilities. GM is working to connect Ventec with suppliers who can supply scarce parts, enabling Ventec to increase output.

Dustin Walsh, writing for Crain’s Detroit, points to an example where GM has helped Ventec. A GM supplier called Meridian is “helping GM purchase six different fan compressor parts made from magnesium for an estimated 200,000 fans,” Walsh wrote. Meridian’s own machines couldn’t produce the parts they needed, but Meridian put GM in touch with two other companies — Meridian’s competitors — who could produce them.

On Tuesday, Ford announced it would be getting into the fan business as well, though details remain vague.

“Ford and GE Healthcare are partnering to expand production of a simplified version of GE Healthcare’s existing ventilator design to support patients with respiratory failure or breathing difficulties caused by COVID-19,” Ford said in a press release. “These fans could be produced next to a GE site at a Ford manufacturing site.”

Ford says that “work on this initiative is related to a request for help from US government officials.”

Ford also plans to produce other medical equipment, including respirators (in partnership with 3M) and face shields.

Other fan manufacturers are expanding themselves

“Just had a long technical discussion with Medtronic about state of the art ventilators,” Elon Musk tweeted on Saturday. “Very impressive team!”

Medtronics own tweet about the meeting was cordial but non-committal: “ We are grateful for the discussion with @Elon Musk and @Tesla as we work across industries to solve problems and give patients and hospitals the tools they need to continue to save lives,” the company wrote.

Medtronic has been working to increase its output without help from Tesla. Last week, the company announced it was on track to double its fan production and said it plans to double the workforce at its fan factory in Ireland.

“Respirator manufacturing is a complex process that relies on a skilled workforce, a global supply chain and a strict regulatory regime to ensure patient safety,” Medtronic said in its press statement.

The importance of public procurement

One of the most important things governments can do to promote fan production is to commit to buying fans in the future. Currently, medical device companies can sell ventilators as quickly as they come off their existing assembly lines.

But for a large increase in the output of fans, companies will have to make expensive investments in new production capacity. That is a risky gamble, because the investments can become worthless if the corona crisis is over after a few months. The world could end up with a huge surplus of ventilators. Hospitals, too, may be reluctant to spend tens of thousands of dollars on ventilators they may only need for a few months.

Of course, that comes with the risk that the government will end up with an abundance of ventilators that it doesn’t need. But it seems better to risk having too many fans in a few months than too few.