As we age, cancer rates rise as the immune system declines | Techilink 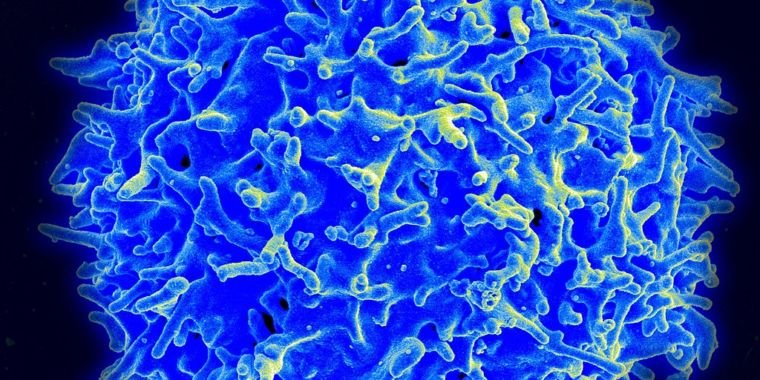 The dominant idea about how cancer develops is called the “two-hit hypothesis.” First proposed by Alfred Knudson in 1971, it holds that cancer starts when one cell gets a mutation in both copies of a gene that normally blocks cancer formation (two hits). These two mutations turn off the tumor-suppressing function in that cell, which then becomes cancer. Eventually, the idea was expanded to include two hits that were not necessarily in the same gene, but rather in genes controlling the same tumor-suppressing pathway.

But a new idea challenges the two-hit hypothesis and shifts focus to the immune system’s role in suppressing cancer. It’s an idea that could have major implications for treatments.

Getting two hits in one cell was considered a random and unfortunate event. Since mutations occur every time a cell divides, the more often each cell divides, the more likely this is to happen. This was why, it was thought, cancer incidence increases with age; the longer a cell has existed, and the more times it has divided, the more chances it has had to build the two required mutations in the same tumor-suppressor pathway.

The evidence for the two-hit hypothesis came mainly from children with retinoblastoma, who have a germline mutation in the RB1 gene (named after the disease it causes) and are therefore born with one hit in each cell. These kids usually get tumors in their eyes by the time they turn five.

Personalized medicine focuses on the two-hit model. The idea is to identify the key mutations in a particular cancer, then target and wipe them out. It’s been touted as the wave of the future for some time now, but its successes have been mixed. Not every cancer has a clear target gene and many tumors can develop resistance to targeted drugs.

Immunotherapy, on the other hand, has had some notable successes. Much of it is based on engineered T cells designed and synthesized to kill specific tumor cells. But it also involves waking up the body’s existing T cells, which would then help fight the tumor. Tumors generally have proteins on their surface that can activate T cells, but they also have mechanisms to suppress the immune system. Cancer immunotherapy relieves this suppression and releases the T cells to fight the tumor.

A new analysis suggests that the relationship between the immune system and tumor cells is not only the basis for this new therapeutic approach, but also explains the increased incidence of cancer as we age.

T cells originate in the thymus (that’s why they are called T cells), but the thymus begins to atrophy around the time we become one and the number of viable T cells it produces decreases over time . Mathematical modeling suggests that cancer doesn’t arise in the first place because we become more likely to get two hits in one cell as we age. Instead, cancer-causing mutations seem to occur at about the same rate over the course of our lives, but our T cells destroy these proto-cancer cells before they become clinically problematic.

Only if our reservoir of T cells decreases as we age can one of these continuously produced cancer cells overcome immune surveillance and grow into disease. The same decline in the immune system would explain the increasing incidence of infectious diseases with age.

The authors cite a number of observations that support their model. One is that women get less cancer than men because they have more circulating T cells and their T cell levels drop less quickly. Another is that sharks, which have notoriously low cancer rates, don’t experience this thymic atrophy as they age.

They also make some practical recommendations. Nine out of 10 cancers that best fit this new model peak in the late 1950s, so they suggest this could be a good age for stricter cancer screening. And especially given the success immunotherapies have already had in fighting some types of cancer, they suggest that more therapies that support T-cell production or alleviate T-cell depletion may be a better bet than trying specific cancer-causing drugs. counteract or even prevent mutations. .

It is important to emphasize that the two models are not completely exclusive – mutations are still important for cancer development and progression, and they can still be targeted with treatments. The new proposal only drives home that even if a cell picks up harmful mutations, it won’t form cancer if the immune system kills it.