As hurricane season begins, NOAA told to slow down the transition to better models | Techilink 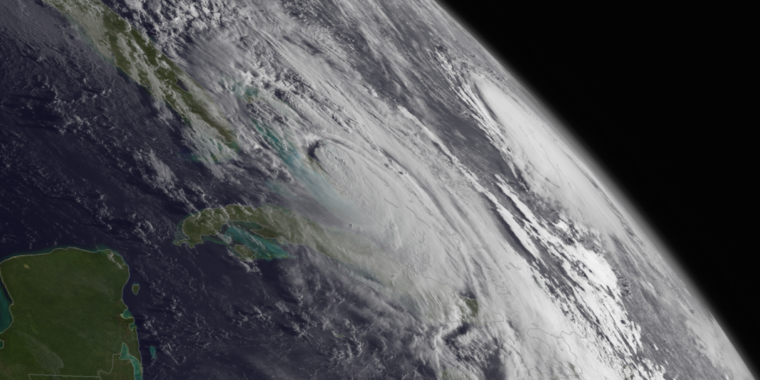 It’s a bad time to be an American weather forecaster. Even as the Atlantic warms, wind shear drops and the potential for an active hurricane season looms, job openings are increasing at the National Hurricane Center in Miami and at National Weather Service offices across the country. According to a new report from the US Government Accountability Office, morale has sunk among forecasters and increasing job openings have meant it is no longer possible to provide timely information about severe weather to state and local emergency managers.

Far from addressing this problem, the proposed budget released by the Trump administration late last month would exacerbate the storm. Overall, the president’s budget for the National Oceanic and Atmospheric Administration was $1.06 billion for the National Weather Service, down six percent from 2017. But the devil is in the details, and some of these details are diabolical indeed.

Perhaps most questionable is a “request” to limit the ability of forecasters to predict hurricanes and other severe weather with computer models. “NOAA is asking for a $5,000,000 cut to slow the transition from advanced model research to operations for enhanced warnings and forecasting,” states the blue budget book.

Incredibly, this request comes as the U.S. Global Forecast System, the country’s main forecast model for everything from hurricane tracks to 10-day weather forecasts, is being pushed further and further away by the European forecast model, which handles real-time data much better than U.S. modeling and produce consistently significantly better forecasts.

Overall, NOAA’s Office of Oceanic and Atmospheric Research, which studies weather and climate phenomena and seeks to improve computer models, would see a 22 percent budget cut from $514 million to $400 million. “This budget would make NOAA-NWS a second- or third-tier weather forecasting company frozen in the early 2000s,” David Titley, who served as chief operating officer for NOAA from 2012 to 2013, told Capital Weather Gang.

So far, Republican governors in states most hit by hurricanes appear to be shrugging off the proposed cuts. For example, in Florida, a state that was hit by 40 percent of all hurricanes that make landfall in the US, Governor Rick Scott said he had not considered the issue in detail. “What I’ve done in the state is try to fix things,” he told the Miami announces. “So we’ve put a lot of money into beach renewal and this year I’ve proposed over $50 million.”