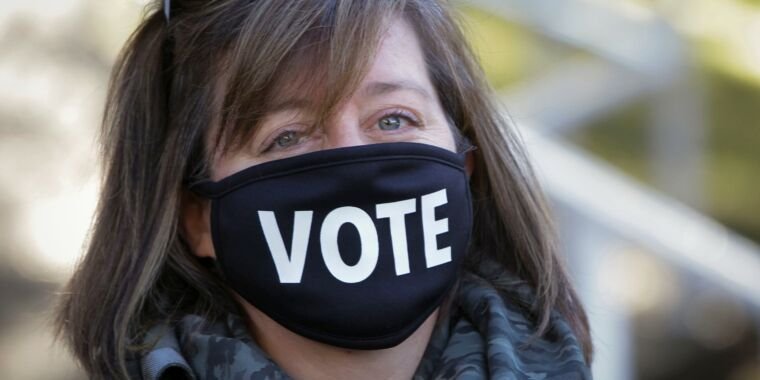 As coronavirus cases in the US rise dramatically to their highest peak yet in the pandemic, prominent public health experts are calling for a nationwide mandate to wear masks to try to curb the spread of disease.

The call comes as violent clashes over masks continue in places where face-covering requirements are already in place.

In an interview Wednesday with the Journal of the American Medical Association, Anthony Fauci, top infectious disease expert, called for a national mandate. “We’re not in a good place,” Fauci said, referring to the continued, record-breaking rise in the daily number of cases.

The current seven-day average of daily new cases is over 74,000, the highest it has ever been during the pandemic, and the daily number of cases is still rising. Hospitals in many states are under pressure as beds and intensive care units fill up. More than 45,000 people with COVID-19 were hospitalized on Wednesday. The numbers are expected to rise and a devastating rise in deaths is likely to follow.

Fauci noted that, according to data from countries better off than the US, masks and other “low-tech” efforts, such as physical distancing and avoiding crowds, are effective at keeping the virus under control. “There’s no doubt about it,” he said. “It makes a difference.”

Fauci also expressed concern about future lockdowns. The idea is now almost “radioactive,” Fauci said. “Well, if you don’t want to shut down, at least do the basic, basic stuff,” he said.

Fauci’s points echoed those of former Food and Drug Administration Commissioner Scott Gottlieb, who called for a national mask mandate in an op-ed in The Wall Street Journal on Sunday.

“The inconvenience [of mask wearing] would allow the country to maintain health care capacity and keep more schools and businesses open,” he wrote. “Studies show that widespread use of masks can reduce the spread. But even if masks are only useful incrementally, they are among the economically least expensive and onerous options for reducing spread.”

In carrying out such a mandate, Gottlieb said fines and law enforcement involvement are not necessarily required. “States should be able to choose how to enforce a mandate,” he wrote, “but the goal should be to make masks a social and cultural norm, not a political statement… some politicians and commentators,” he added. ready.

That division has led to violent clashes across the country. On the day Gottlieb opened, a Chicago shoe store security guard was stabbed 27 times after asking two sisters to put on masks and use a store-supplied hand sanitizer. Illinois has a statewide mandate to wear masks in public and on the job.

The attack, which was caught on surveillance cameras, took place after the sisters refused public health measures and the guard asked them to leave. They reportedly threw a garbage can at his head, stabbed him repeatedly with a “comb” in the back, neck and arms, and also kicked him in the head and body. The guard broke free and was able to keep the couple in the store until police arrived.

Police arrested the sisters, who are being held without bond, on charges of attempted first-degree murder. The guard was taken to a local hospital, according to The Washington Post, where police said he was in critical condition.

Other shoe store employees are reportedly not talking to the media, but the Chicago Sun-Times spoke to the manager of a nearby clothing store, who said:

I’m a little wary because we often have to tell clients to wear their mask, and they get furious and don’t want to do it. We recently had a customer who wouldn’t wear a mask and we had to call the police. It’s crazy.

The astonishing attack on the guard is just the latest in a string of violent encounters over masks, The Washington Post notes. In September, an 80-year-old man died of blunt force trauma to the head after being pushed by a maskless man during a mask dispute at a New York bar. In August, a Michigan man died after being stabbed by another customer at a Quality Dairy store, who refused to wear a mask when confronted by a grocery store employee.

In July, California police charged a supermarket guard and his wife with murder after a fight with a maskless customer. That same month, a woman without a mask in New Jersey broke another woman’s leg at a Staples during a mask fight. And in May, the guard of a Family Dollar store in Michigan was murdered after telling a customer that her child had to wear a mask to enter the store.

The violence and countless other clashes over masks across the country are attributable to politics, Gottlieb and Fauci suggested.

“We have to get rid of that,” Fauci said in the JAMA interview on Wednesday. When asked exactly how he could get out of that division, Fauci suggested a hard reckoning.

“Well, we get there by looking at the consequences of what happens if we don’t,” he said. “We have to shake each other by the collar and say, ‘Look what’s going on, look at the data, it speaks for itself.’ We are in a very difficult situation… Let’s put aside these extraordinary excuses for not doing that [wearing masks and distancing]†

As cases and hospitalizations continue to climb a frighteningly steep climb, the US has already registered more than 8.86 million cases and nearly 228,000 people have died.