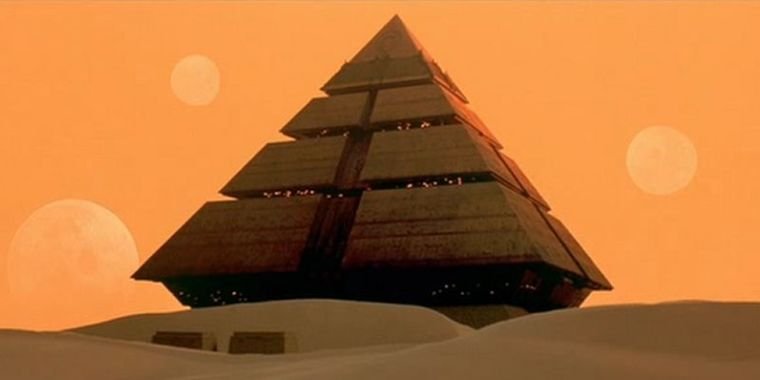 This week we’re bringing another episode of the After On Podcast here on Ars. The broader series is built around in-depth interviews with world-class thinkers, founders and scientists, and it’s usually very technical and scientifically heavy. You can access the episodes on Ars through an embedded audio player or by reading the accompanying transcripts, both of which are below.

This week my guest is Sarah Parcak, a co-founder of the emerging field of astroarcheology. We will conduct the interview in three parts from today.

Astroarcheology is not (yet!) about excavating ancient artifacts on Mars. Instead, it uses satellite imagery to identify ancient, undiscovered locations on our home planet. Parcak’s work in this area earned her the 2016 TED Prize, which was accompanied by a million-dollar check to advance her work.

At the beginning of the interview, I am ambushed Parcak with some Egyptian Arabic, as we’ve both spent enough time in Cairo to be somewhat dangerous with it. Then we discuss the tractor beam that first brought Parcak to Egyptology. It started pulling around the age of five – which appears to be common for ancient Egyptian specialists (my own infatuation with Egypt started at age 17, but to me it’s something from modern times).

Parcak tells me about her early career, which essentially began during her freshman year at Yale — as well as an intriguing false start experience with space archeology in the mid-’80s, way before her time. There was then a very influential thinking. But the high cost of satellite imagery and the limitations of analog media prevented the real emergence of the field. By the mid-2000s, footage had become much more abundant and affordable. So the time was right for Parcak and a handful of other young PhD students to pick up the echoes of that burgeoning work and really launch the field.

Analysis from a job

Parcak walks me through some typical exploration scenarios and describes how spectrography and other tools can reveal ancient settlements that have lain undetected for centuries. The resolution that she and her colleagues have access to is impressive. To get a sense of it, they could almost certainly see a stone tablet from space, but they couldn’t possibly read it from that distance.

If you like this episode and can’t wait for part two, you can find the whole bitch over on my podcast feed, where it first appeared on October 17th of last year. A full archive of my episodes can be found on my site or through your favorite podcast app by searching for the words “After On” (the title of the podcast).

Finally, I’d like to briefly mention a series of four articles that I’m posting on Medium this month on the uplifting topic of existential risk. That is, the stark yet perversely fascinating possibility that our technological creations could just destroy us. I believe I present some arguments and analytical lenses new to this important topic, and the first piece in the series is here. I should note that Medium runs this in their editorially curated, paid, members-only section. The good news is that Medium gives everyone access to a few articles per month, without friction.