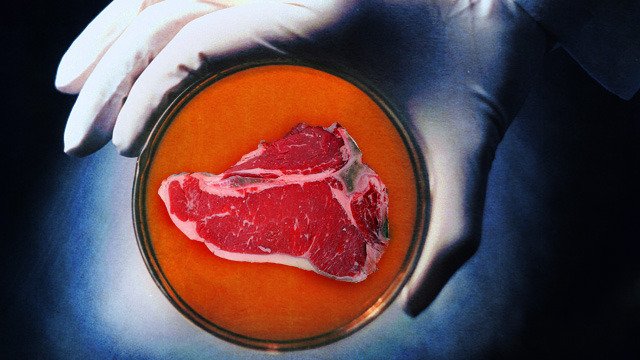 Today we present the third and final episode of my interview with George Church, whose Harvard lab is one of the most celebrated fountains of innovation in the life science world. Watch part one and part two if you missed them. The article that accompanies part one also gives you an overview of this experimental amalgamation of Ars Technica’s written pages with a lengthy podcast series.

We’re kicking off today’s episode with a bold project to bring the woolly mammoth to life — or at least some of its genes, which allowed it to thrive in frigid climes. The modern Asian elephant is a close cousin to the mammoth, and inserting those genes into its genome could give us a hybrid ‘arctic elephant’. Such a creature could play a key role in preserving the integrity of the permafrost layer, which currently traps more CO2 than all the rainforests in the world combined.

From mammoths, George and I turn to the topic of synthetic meats, which could get into our kitchens and bellies much sooner than most people think. A top company in this field (Memphis Meats) is building on work that originated in George’s lab. Its financial, ethical and environmental consequences can be enormous.

We conclude by discussing an ambitious longevity project currently underway in George’s lab. It’s not about extending life, it’s about reversing aging. George’s lab and a company that grew out of it have tested multiple therapies with dazzling results. Commercial products will target dogs rather than humans, and pet owners could gain access to them within a few years.

You can listen to this episode through this embedded player, or you can find the transcript directly below:

If you liked my interview with George, please consider browsing the full After On podcast archives on my site. You can also find the show in your favorite podcast app by simply searching for the words “After On.” I’ve posted in-depth interviews with dozens of world-class thinkers, founders, and scientists, covering topics like robotics, cryptocurrency, astrophysics, drones, genomics, synthetic biology, neuroscience, awareness, privacy and government hacking, and more.

I also hope you’ll join me here again on Ars soon, when we’ll be showing another of my episodes. Look it up in the coming weeks!