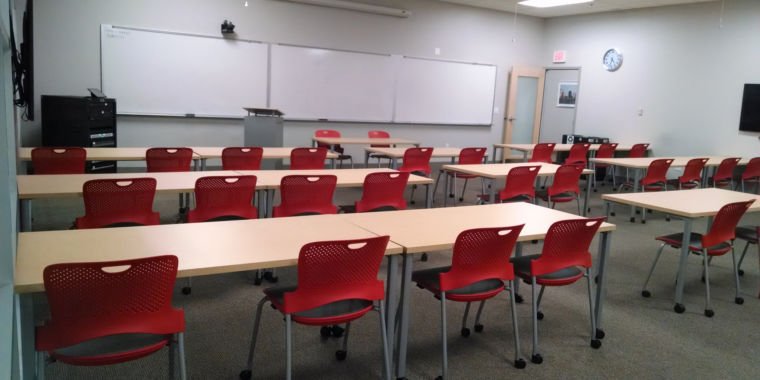 Earlier this year, we talked about an attempt by the Arizona State Inspector of Public Education to change the state’s science education standards. Superintendent Diane Douglas apparently instructed her staff to edit a set of standards set by educators so that numerous mentions of the word “evolution” were eliminated. Climate change was later mitigated in a similar way.

But since then, the news has been almost uniformly good. Chief Inspector Douglas lost in a primary to a fellow Republican, her changes to school standards were rejected by the state school board, and a last-ditch effort to redeem educational guidelines from a religious university wasn’t even seriously considered.

As we noted in our previous coverage, Douglas has suggested in the past that schools teach intelligent design, which is the idea that life originated and diversified through the intervention of an intelligent agent rather than evolution. It is an idea that originated for religious purposes, and its teaching has been ruled by the courts as an imposition of religion. She has also misunderstood the status of a scientific theory by suggesting that it reflected the idea that our knowledge of evolution is uncertain. These beliefs seem to have motivated her interference with scientific norms.

In September, however, Douglas’ attempts to inject her faith into Arizona classrooms ran into a number of problems. For starters, she faced a number of challengers to her position during the Republican primaries; two of them got more votes than her, meaning she won’t get her party’s nomination for re-election. Then, at a state school board meeting, the Arizona Science Teachers Association proposed a number of changes that would bring the details of climate change and evolution back to the proposed standards.

Faced with the potential to see the expert-approved standards adopted, Douglas made one last-ditch effort to block them. It was reported early yesterday that Douglas plans to try a full replacement of the scientific standards, removing both her own edited version and those with the teacher-approved changes. Instead, she had replacement material developed for charter schools by a private religious school. However, at the board meeting later that day, no other board members were willing to support the motion to even consider the change.

Instead, the board approved the standards with the edits provided by the science teacher organization. Hopefully this will put an end to the drama about science education in the state.