Archaeologists in Norway are about to unearth a Viking ship | Techilink 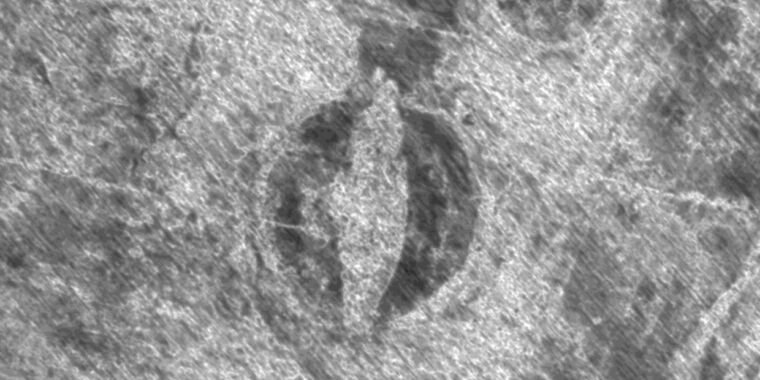 A 2018 ground radar survey found a 20-meter Viking ship buried just below the surface of a farm field in Østfold, Norway. At the time, archaeologists decided the rare find was safest where it was. But recent analysis of a wood sample taken in 2019 reveals that while the ship looks remarkably well-preserved, it is actually being eaten away by fungi. And that means it’s time for a rescue mission.

The proposed excavation is being led by archaeologist Jan Bill, curator of the Viking Ship Collection at the Norwegian Museum of Cultural History, and his colleagues from the Norwegian Institute for Cultural Heritage Research (NIKU). When they start digging in June, they will be the first archaeologists in a century to unearth a Viking ship.

The site, called Gjellestad, is particularly interesting – and above all complicated. It’s a ship from the period when Scandinavian navigators plundered and made their way around the North Sea and Atlantic Ocean, but it’s also the grave of a Norwegian ruler. “Ship graves of this size were built for individuals from the highest echelons of society — we would call them kings and queens today, possibly jarls,” Bill told Ars.

Such an important person would have been laid to rest aboard a ship laden with things they used in their lives and might need in the next. “We know from other ship graves that these could be sleds, tents, boats, horses, beds, dogs, etc,” Bill told Ars. “Normally a male funeral contained weapons; both sexes would have food and food preparation items; both genders can also have personal bling (buckles, rings, etc.).”

The ship is said to have been buried under a huge monumental burial mound. Centuries of farming crews have long flattened the hill, but its outline can still be clearly seen on ground-penetrating radar images: a neat circle around the long, narrow silhouette of a dinghy’s hull. Bill and his colleagues hope that by excavating the ship and the burial’s lower layers, they can learn something about how and why the Norwegians buried their rulers this way.

“The way the burial is arranged, the position of the nave, the position and order of objects in the nave, the possible presence of a burial chamber, the way the burial with a burial mound has been carried out – all these are things that can help to understand the funeral ritual and the ideas behind it, for example references to royal origin myths or to cosmology,” Bill told Ars.

Preservation of the Gjellestad ship

The hull itself can offer some insight into the finer points of Scandinavian shipbuilding. It’s not clear whether Gjellestad dates to the early or middle part of what’s known as the Viking Age, but the chance to take a few more wood samples for tree ring dating may help answer that question. “Many different types of ships may have existed at the same time, and we only know a few Viking ships,” Bill told Ars.

Based on the radar images, the keel of the Gjellestad ship (a long, sturdy wood that serves as the ship’s backbone) and the bottom wood are still intact. But the upper parts of the hull, along with all the rigging, were plowed away, along with the mound itself.

Preserving what’s left is going to be a big undertaking. Therefore, archaeologists initially planned to leave the ship where it was. Soaked wood tends to crumble when it dries because the structure of the wood deteriorates over time so that the water helps support the wood’s cells. To protect wood from shipwrecks, conservators must slowly replace the water with preservatives, such as polyethylene glycol (PEG).

Of course, the space and funding needed to preserve the entire ship’s hull are not always easy to come by, which is why archaeologists who study shipwrecks often document their finds, but leave the wrecks on the seabed, where they are kept for future researchers ( or buried under a farm, in this case). But the same conditions that have preserved the Gjellestad ship for all those centuries also created the perfect habitat for wood-eating fungus.

“The fungus is of the ‘soft rot’ type and needs moisture and oxygen,” Bill told Ars. “They basically digest all the wood, with a preference for cellulose and hemicellulose, but also weaken the lignin structures to a point where there’s no more physical strength.” The preservation process should also help kill the fungus that eats the ship.

At least one person must be buried aboard the ship, but Bill doesn’t expect to meet the long-dead Viking ruler in flesh or bone.

“Boats are generally best kept in calcium rich environments, not slightly acidic” [ones]like sand and silt usually are,” he explained. But the archaeologists will analyze soil samples from the burial, looking for traces of what’s known as a “body stain,” where lipids from the body have soaked into the soil. Jewelry and other metal objects can also indicate where a body once lay.

But even some of those items may be missing; the radar images show traces of disturbed ground near the center of the ship, which could indicate that the burial was looted sometime in the past. However, objects buried near the bow and stern are likely still where they were placed a millennium ago. With any luck, those items will be enough to tell Bill and his colleagues something about the person buried in Gjellestad.

The fungus eating the wood of the Gjellestad ship isn’t the only microbe Bill and his colleagues are dealing with. Archeology is usually painstaking work, but fieldwork during a pandemic requires extra caution. People working on the site will be at least three feet from each other, will not share tools and will take extra precautions with transport to and from the site (as opposed to the usual method of stacking as many archaeologists as possible in a van) .

“It will delay the dig,” Bill told Ars. “On the other hand, this is an excavation where we don’t want to miss an ounce of information, so we’re not rushing anything anyway.”