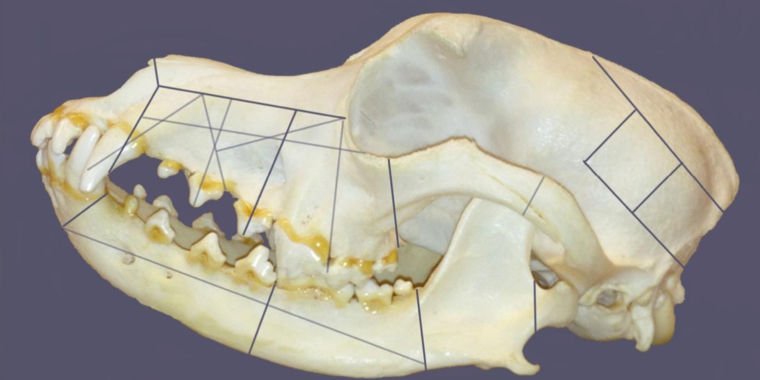 4000 years ago, on the northern steppes of Eurasia, in the shadow of the Ural Mountains, there was a small settlement on a natural terrace overlooking the Samara River. At the end of the twentieth century, a group of archaeologists excavated the remains of two or three structures that once stood here, surrounded by green fields where sheep and cattle grazed. But the researchers soon discovered that this was no ordinary settlement. Unusual burials and the charred remains of nearly fifty dogs suggested that this site was a ritual center for at least 100 years.

Anthropologist David Anthony and his colleagues at Hartwick College spent several years excavating the site, dubbed Krasnosamarskoe, and have since wondered what kind of rituals might have left behind this particular set of remains. Anthony and his Hartwick College colleague Dorcas Brown offer some ideas in a paper recently published in the Journal of Anthropological Archaeology.

The people who lived in Krasnosamarskoe were part of an Indo-European cultural group called Srubnaya, with Bronze Age technology. The Srubnaya lived in year-round settlements, but were not farmers. They kept animals, hunted game and gathered plants to eat opportunistically. Like many Indo-European peoples, they did not have what modern people would call an organized religion. But as Krasnosamarskoe shows, they certainly had beliefs that were highly spiritual and symbolic. And they engaged in ritual practices for many generations.

Perhaps the first unusual feature of Krasnosamarskoe is that the people who lived here chose to build on top of an abandoned settlement that disappeared about 1,000 years ago when the Srubnaya moved in. That previous settlement left behind three large kurgans or burial mounds. Excavation of one of these kurgans revealed a pair of 5,000-year-old skeletons of the first group, surrounded by 4,000-year-old remains from the Srubnaya. The people of Krasnosamarskoe clearly knew that these were ancient burial mounds when they moved in, and chose to continue using them.

After exhaustively cataloging dozens of burials in and around the kurgans, Anthony and his colleagues discovered some patterns. First of all, most of the remains of Srubnaya belonged to children. One showed signs of a degenerative disease, but the others appear to have died from diseases that left no obvious marks on their skeletons. None showed signs of violent death or abuse. It seems likely that people brought their sick children to this place, perhaps in search of ritual medicines. The archaeologists also found pollen from a medicinal plant, Seseli, in one of the structures. Seseli is a mild sedative and muscle relaxant that could have been used to calm the suffering children. Those who did not survive were buried in the old cemetery.

There were also the remains of five adults, two men and two women, plus the bones of a third person. Perhaps these were two generations of people running the settlement, Anthony and Brown suggest. The men both had matching skeletal injuries that showed extreme wear and tear in their lower backs, knees and ankles. Most likely, these injuries were the result of a lot of physical work, possibly from a very young age. While the lower back injury was not particularly unusual, the knee and ankle injuries were very rare and suggested “twisting,” as if the men were performing unusual physical activities associated with rituals.

The most obvious sign of ritual activity in Krasnosamarskoe was a pit full of bones from about 50 different dogs. Located in one of the settlements, the pit was filled with carefully butchered, chopped and boiled dog bones. There were many signs that these dogs had been killed for rituals rather than food. Perhaps most importantly, the Srubnaya people did not eat dogs as a regular part of their diet. In fact, dogs would probably have been much-loved hunting companions.

Anthony and Brown write in their paper that rituals are often associated with a reversal or alteration of typical eating habits. The dogs were always killed in winter, then carefully chopped into small pieces, their skulls cut in the same specific places. Knife marks and charring on the bones suggest they were filleted and cooked. It seems that this ritual happened regularly for at least two generations, perhaps annually in winter.

To find out what kind of ritual this might have been, Anthony and Brown looked at what we know about Indo-European culture, whose distinctive symbolic practices were common in South Asia and Europe during the Bronze Age. Dogs are sometimes associated with death in these cultures, and there are representations in various Indo-European cultures of puppies taking disease from humans. Perhaps the dogs were sacrificed to save the lives of the sick children whose bodies they found buried next to the kurgans?

That could have been the answer, except that most of the sacrificed dogs were quite old. This was their first hint that these dogs may have been sacrificed as part of a rite of passage for boys who became warriors. Write the authors:

The shock of such an act in a culture that did not eat dogs was magnified by the deliberate selection of older dogs for more than 80% of victims: trusted, well-treated, human-like companions and therefore perhaps substitutes for human victims ; rather than young dogs, more appropriate if starvation explained the behavior. Old, familiar dogs, possibly even their own, may have represented an emotionally significant first death for boys learning to become killers of men.

Indo-European culture is full of stories of men becoming wolves or dogs – literally or symbolically – to become fighters. In ancient Greece, men sometimes wore wolf skins during warrior rituals. Anthony and Brown conclude that the remains came from warrior transformation rituals. In Krasnosamarskoe, boys killed and ate their dogs to symbolically fuse with them and take their fierceness into battle. This would also explain why many of the dogs in the den came from far away. Boys must have come from settlements all over the region with their dogs for this winter ritual of manhood.

Seen from this perspective, the Srubnaya sacrifices were meant to honor dogs by absorbing their spirits. It would have been a ritual where boys learned to be killers, but also to respect their opponents and feel their loss.

Other scholars have suggested that these types of Indo-European rituals are related to the werewolf myths still circulating in South Asia and Europe. Over the thousands of years since the events of Krasnosamarskoe, stories of men becoming dogs have emerged. The warrior role changed dramatically after the rise of city-states. Warriors were no longer the familiar men of the village; instead they were soldiers, agents of a bureaucratic state. Perhaps that’s why a coming of age ritual among villagers became a terrifying tale of people whose violent, wolf-like impulses are uncontrollable and dangerous.

At the Krasnosamarskoe site, we have a chance to consider ritual life before modern religion, and warrior identity before modern politics. It is remarkable how complex the symbolism is. The people who took part in these rituals already had a sense of deep history, which is why they placed their ritual center next to 1,000-year-old kurgans. Their rituals were elaborate, with layers of meaning.

4,000 years ago, people in the northern steppes of Eastern Europe learned that warrior meant sacrifice. Boys had to kill beloved friends and kill a part of themselves to become dogs of war. Hidden in the violence of this ancient ritual was a deep message of grief and loss that can still strike a chord today.