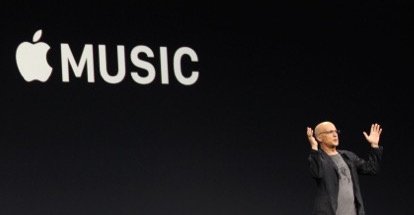 For months, we’ve seen reports and rumors that Apple is about to introduce its own answer to Amazon Prime: a bundled subscription service that would provide users with access to Apple Music, Apple TV+, and Apple News+ for a flat fee. But a new article detailing Apple’s newly signed deals with major record labels for Apple Music casts doubt on that prediction, at least for the short term.

According to a report in the Financial Times, Apple Music has signed new deals with record labels Sony Music, Warner Music Group and Universal Music Group to offer those labels’ work on Apple’s streaming service for years to come. That includes big names like Taylor Swift, Kendrick Lamar, Blake Shelton and Mariah Carey.

That said, the new deals “do not include an economic agreement to bundle Apple Music with the company’s television service,” Financial Times sources said. Late last year, Bloomberg reported that Apple was pursuing a plan to bundle Apple TV+, Apple Music, and Apple News+ into a single service. (Apple Arcade and the company’s other services were not named.)

That article made it clear that Apple did include a provision in its deals with magazine and newspaper publishers “allowing the iPhone maker to bundle the News+ subscription service with other paid digital offerings.”

Magazine and newspaper publishers were concerned about the deal because they would likely receive a much smaller amount per subscriber than they are now. Today, Apple charges $9.99 a month for News+ and takes 50 percent of that revenue, then splits the rest among publishers who are part of the service based on how much their content is read and what they’re doing.

Music labels may be concerned about something similar. The Financial Times writes that “Apple has told major music companies that it plans to merge its media services, but that neither side has yet reached an agreement on the details of a media bundling plan, according to people familiar with the matter.”

Apple has negotiated these music deals as negotiations continue between its main rival in the United States, Spotify, and two of the same labels. Spotify has signed a deal with Sony, but Universal and Warner have only agreed to short-term deals with Spotify, measured in months, as they continue to work out details essential to more sustainable long-term deals.