Antihydrogen spectrum indistinguishable from that of hydrogen | Techilink 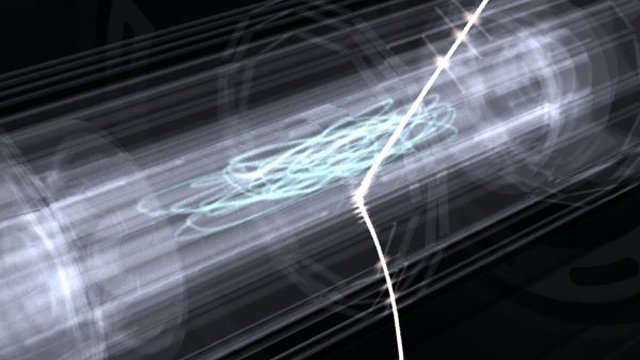 One of the persistent mysteries about our universe is the extreme imbalance between matter and antimatter. Antimatter and matter were both generated during the Big Bang, but the Universe is now dominated by ordinary matter and we don’t know why that should be the case. To solve that mystery, antimatter itself would be an obvious place to look for clues. If researchers could find anything else about the behavior of antimatter, it could point to an explanation for the extreme disparity.

To that end, a team of researchers decided to test whether hydrogen and antihydrogen have the same spectrum — they absorb and emit light at the same wavelengths. They generated the first-ever laser spectroscopic measurement of an antimatter atom, but the results are very similar to an ordinary hydrogen atom.

When matter and antimatter collide, they annihilate, leaving high-energy photons in place, making antimatter difficult to study in the lab. Labs are usually filled with things like air, people, and lab equipment, all of which are matter. All it takes is a few stray atoms and you’ve lost your anti-atoms. Since even the smallest piece of antimatter is extremely expensive to produce, that result is quite undesirable. The trick, then, is to isolate antimatter in such a way that it cannot collide with anything else. Using electric fields, the researchers can isolate their antimatter for about ten minutes in a device called the ALPHA-2 device, which offers the chance to examine the particles.

The antimatter is also supercooled to about 0.5 Kelvin. This cooling is necessary to prevent the individual anti-atoms from moving fast enough to escape their trap.

The researchers then used lasers to probe the anti-atoms. When light strikes an atom, the energy of that light can be absorbed by the atom’s electron if it is at the right wavelength. With that extra energy, the electron rises to a higher energy orbit. The electron then loses the excess energy and falls back to its original orbit, emitting that energy as light.

The researchers performed three sets of 11 trials. The first two sets had lasers in different configurations; the third had no lasers and acted as a control. This setup helped the researchers eliminate systematic effects that could show up and contaminate their results. This also helped identify the background of cosmic rays. Cosmic rays collide with particles in the upper atmosphere, creating secondary particles that can get into the experimental device, where they are detected as if they were the light from the captured anti-hydrogen.

Although it was an exciting experiment, it did not produce exciting results. So far, the spectra of the anti-hydrogen match those of the hydrogen, confirming a cornerstone of the Standard Model. If the work had produced a different spectrum, it would have been a major problem for physics.

Toppling the fundamental symmetry between matter and antimatter particles would go beyond telling us that the Standard Model of physics is wrong. Antimatter is mathematically the same as an ordinary particle traveling back in time. (While that sounds like science fiction, the reality is less exciting; it just goes to show that “traveling back in time” doesn’t really mean much if you’re a hydrogen atom.) So such a discovery could have implications for the reversibility of time, an interesting issue where physicists think about.

Another motivation for the experiment was to learn more about the imbalance between matter and antimatter in the universe. If the antimatter had yielded a different spectrum, it would indicate that it operates under different physics than normal matter. This may have provided clues to solving that mystery.

That doesn’t seem to be the case, but the road doesn’t end here. This was only the first test of its kind, and in many ways it could be the start of an era. “This has long been a sought-after achievement in low-energy antimatter physics,” the researchers write in their paper. “It marks a turning point from proof-of-principle experiments to serious metrology and accurate CPT equations using the optical spectrum of an anti-atom.” (CPT is the theoretical understanding that requires symmetry between matter and antimatter).

The researchers’ methodology, including their ability to capture a greater number of anti-atoms than before, will allow future work to advance in understanding the physics of antimatter and for researchers to learn with greater certainty whether there is something new to discover. .“The current result along with [other recent results]show that tests of fundamental symmetries with antimatter on [CERN’s Antiproton Decelerator] grow up quickly’, the researchers write.