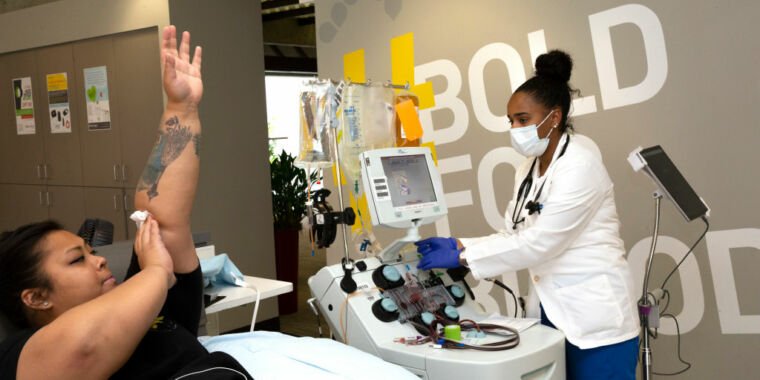 How much of an immune response does a SARS-CoV-2 infection produce? It’s a critical question for a variety of reasons. For starters, long-term immunity, whether through infection or a vaccine, is critical to any hope of returning the world to something akin to its pre-pandemic state. It is also essential to understand how safe people are who have recovered from infections and how to behave in ongoing outbreaks and spread.

But there are also more subtle policy issues. Since testing was not widely available at the time of many outbreaks, we need antibody testing to find out who was actually exposed. And the accuracy of those tests — which has been questioned — could have a major impact on studies of the pandemic’s progress.

A number of recent concept papers have looked at the type of immune response we see in patients who have cleared the virus after testing positive for it. And the results suggest it’s highly variable, as is the quality of the tests that detect it. (We remind you that pre-publication documents carry some quality risks.)

One of the more extensive studies on the subject comes from the New York Blood Center. That organization acted as a control center for testing whether the antibodies of those who cleared the infection could be used to help patients with COVID-19. So it had access to a large collection of samples from people known to be infected. A research team based there used those samples to test both the immune response in these individuals and the ability of tests to test it.

Several of these tests looked at whether antibodies against the SARS-CoV-2 proteins were present at all. One of those tests is called an enzyme-linked immunosorbent assay, or ELISA. This provides a high-quality, quantitative measure of the number of antibodies that recognize a specific protein. But it’s not very amenable to automation, and it often requires researchers to run the tests by hand.

There are high throughput diagnostic tests that operate on the same principles as the ELISA, and they are mostly used by centralized testing facilities. The researchers had access to these tests from two different commercial sources at the Blood Center. Finally, they also obtained a variety of small antibody test kits of the sort that could be sold to the general public.

For the advanced tests, the results were generally good. Of a population of 370 individuals who had their infection confirmed while active, the lab ELISA test showed that more than 96 percent had detectable antibodies to one of the viral proteins. Tests against two other viral proteins showed that 85 and 89 percent of the population had antibodies. Only about 2 percent had no detectable antibodies using this test.

Things were going well when the high-throughput diagnostic machines were used to run tests. These picked up antibodies in 91 and 96 percent of the population, depending on the manufacturer. However, the small commercial tests didn’t do particularly well, with less than 80 percent of them correctly identifying the presence of antibodies.

The researchers conducted a small number of tests on negative controls — samples taken from donors before SARS-CoV-2 reached the United States. While these were enough to show that the tests were working properly, they didn’t look at enough negative control samples to determine if any of the tests had a high rate of false positives.

As we mentioned above, the more sophisticated tests used here don’t just detect the presence or absence of antibodies, they give an estimate of how much is present. And here the researchers found that the amounts varied widely. The difference between the highest and lowest values ​​produced by the test varied by a factor of more than 1,000.

However, it’s hard to know if that means the higher immune responses are more effective. Some antibodies are what’s called “neutralizing,” in that they bind to the virus in a way that prevents it from infecting cells. So the researchers built the coronavirus spike protein into an unrelated virus and used that to infect cultured cells in the presence of antibodies from all of these donors. This provided a measure of how often neutralizing antibodies were present.

Waiting for the herd

While this is a draft paper and should be viewed with caution, the results are broadly consistent with a separate draft study of 175 patients conducted by an unrelated group of researchers in China. This also saw a high degree of variability and a small subset of patients who had no detectable antibodies to SARS-CoV-2. Another group in New York found even higher levels of variability, but found neutralizing antibodies in most patients, even if they were rare.

There have also been a number of draft studies suggesting that the levels of antibodies produced roughly correlate with the severity of the COVID-19 symptoms a person was experiencing.

What do we conclude from all this? The first is that to get a more accurate picture of who actually had a SARS-CoV-2 infection, we want to rely on high-throughput assays. At this point, the smaller personal kits may be useful for people interested in a rough picture of their own medical history, but the results are not of the quality we would like to understand public awareness.

The second is that SARS-CoV-2 infection does not necessarily produce robust immunity. We don’t really know what levels of neutralizing antibodies are actually protective, but obviously a lot of people don’t make much of it after an infection. That means any plans for generating herd immunity by allowing a controlled level of infection should be viewed with extreme skepticism at this point. And vaccine developers will need to ensure that the injections produce a consistent high-level response, including neutralizing antibodies.