Another disaster is poised to hit the US unprepared: drought | Techilink 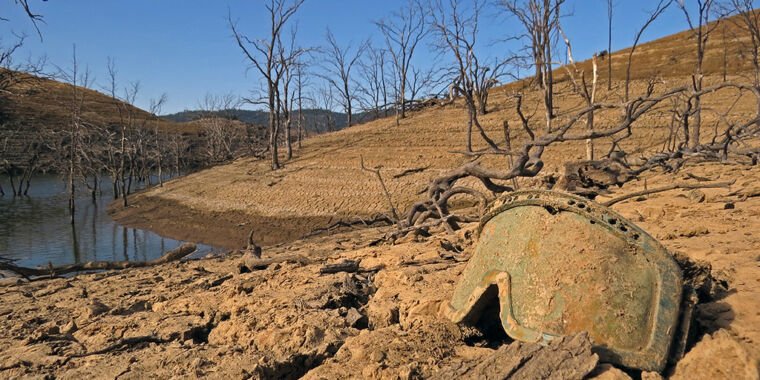 As the Colorado River slowly dwindles, groundwater supplies are depleted and wells are dug deeper and deeper, the specter of drought looms across the US, especially, but not exclusively, in the arid Southwest.

Preparing for gradual changes like this isn’t sexy or popular. But there is an enormous amount of crucial work to do to mitigate the worst effects of increasing drought, environmental researcher Megan Mullin writes this week in an article in Science. Fragmented water systems across the country have a litany of critical vulnerabilities that will ensure that the worst effects of water scarcity will hit the most vulnerable people in society the hardest.

The Southwest has been going through an abnormally dry spell that started in 2000 – an emerging “mega drought” due in part to natural climate cycles and in part to anthropogenic climate change. Higher temperatures “increase the moisture needs of the land surface,” writes climate risk researcher Toby Ault this week in a second Science paper on drought, “for the same reason that a sauna dries out a towel faster than a steam room.” Climate-driven changes in snow and rainfall patterns can also contribute to drought.

As a result of lower levels in rivers and reservoirs, people have started to drill deeper and deeper wells to access steadily depleting groundwater supplies, which at greater depths are often of poor quality or even unusable.

In addition, the water infrastructure is often poor in the beginning and often deteriorates. Drought emergencies are regularly declared in the US, Mullin writes, with water systems sometimes running so dry that it is “necessary to use tank trucks or even fire hoses to bring water into the community for weeks or months.”

This means that drought is more than a natural disaster in the making: Like the coronavirus outbreak sweeping the US, it is a disaster that has natural origins but is magnified by poor infrastructure and societal fragmentation. There are more than 50,000 water services in the US, 82 percent of which provide water to fewer than 3,000 people. These small systems face a range of problems, from a lack of funding to smaller staff who lack the necessary expertise to manage drought mitigation.

Underfunded water systems are more likely to experience drought-exaggerating problems, such as leaky pipes that waste precious water or emergency pipes that have not been maintained. They can also get into financial trouble if people cut their water usage, as this reduces their income streams, Mullin notes. And because society is already spatially segregated along racial and economic lines, water services in poorer areas are likely to be the worst affected.

Some of the larger, better-funded water systems are already working hard to prepare for more severe and prolonged droughts. But smaller systems aren’t doing the urgent job of collecting data about their current water supply or increasing their ability to deal with shortages in the future, Mullin writes.

One of the most important principles for building resilience is data collection, Mullin says. We need to know how water systems across the country are funded, what their supply and use look like, and what their infrastructure is like. Dealing with funding issues and moving away from a system that relies on local funding to support water systems is another important step.

But this will be a challenge, as elected politicians “benefit more from disaster relief than disaster preparation,” she writes. And so is the overarching, slow-moving disaster underlying drought risk. “Reducing CO2 emissions reduces drought risk,” Ault writes. Avoiding “just half a degree” of warming would make a significant difference to regional drought risk, he adds — the world would look very different with an average warming of 2C compared to 1.5C.

Disaster preparedness requires allocating time and resources to an issue that is not yet out the door. But the world is experiencing firsthand what it looks like if warnings of impending disaster are heeded — and with North America’s rapidly advancing “megadrought” drought preparation is critical.