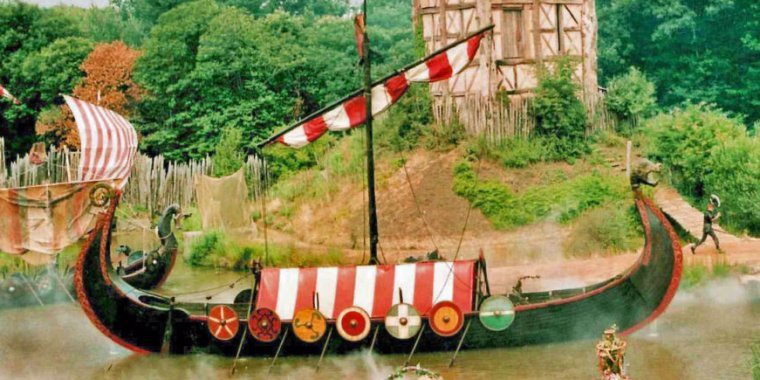 A recent study of ancient DNA sheds light on who the Viking groups were and how they interacted with the people they encountered. The Viking Age, from about 750 to 1100 CE, left a cultural and economic impact stretching from the coast of North America to the Central Asian steppe, and archeology shows several examples of cultural exchange across continents. But to see patterns in how people switched not only ideas, but also genes, we need to look at the DNA of ancient people.

“We know very well that the Viking Age changed the cultural and political map of Europe a thousand years ago, but we don’t really know much about the demographic changes that accompanied these changes,” genomicist Ashot Margaryan of the University of Copenhagen told Ars. “This can be addressed based on population genetics methods.”

Who were the Vikings?

Today, we tend to think of the Vikings as one great mass of bearded raiders, swooping down Europe’s coasts, rivers and across the North Atlantic. But that’s not how the Vikings saw themselves at all. The people who sailed to plunder, trade, fish and settle during the Viking Age saw themselves as members of different groups, with a shared culture but no shared identity. The genetic evidence, it turns out, is on the side of the Vikings.

Margaryan and his colleagues recently sequenced the genome of 442 people who lived between 2400 BCE and 1600 CE. The remains of these people were unearthed at archaeological sites in Europe and Greenland, including Scandinavia itself. When authors compared those genomes with each other and with hundreds of published genomes of modern humans, they found subtle differences that divided Scandinavian people into four groups, very similar to people now living in Sweden, Norway, Denmark and the British Isles.

A closer look at some of those differences offers some hints about how people in Northern Europe moved and interacted with each other just before the dawn of the Viking Age. Archaeologists and historians still debate why seafarers raided several places at once. It could be the result of new people and ideas entering Scandinavia or of unrest and migrations within the region. Without a clear picture of the population of this time, it is difficult to know whether population movements contributed to this.

We do know that all groups of people who sailed out of Scandinavia during the Viking Age were descended from the people who lived there during the Iron Age (500 BC to 800 CE – not to be confused with the Swedish Death Metal Age, which began in early 90s CE). But the genetic data suggests a few differences. For example, Vikings from Sweden and Denmark have more ancestors in common with Neolithic farmers from Anatolia, who spread across Europe about 6,000 years ago, than their predecessors. That suggests the flow of humans and their genes from the south and east, coming across the Baltic Sea and Sweden and Denmark just before the Viking Age.

That in itself isn’t saying much, but enough little puzzle pieces like this one will eventually be enough to at least give you an idea of ​​what the full picture might look like.

Close encounters of the medieval kind

Because Margaryan and his colleagues included genomes of people who lived and died centuries before the Viking Age, it’s possible to track how genetic diversity changes over time in particular places. Some, such as the Swedish islands of Gotland and Ӧland, have been diverse communities since the first century AD. But others, like the central Danish islands, experienced a sudden boom in genetic diversity around the time the Viking Age began, leaving places like Langeland in much closer and more frequent contact (ahem) with distant places.

The genetic evidence tells the same story as history and archaeology: When the Viking Age began, each of the Scandinavian groups had their own trade routes, contacts, settlements, and raiding areas. People sailing from Sweden usually went east; people from Norway usually went to Western Europe and across the Atlantic to Ireland, the Isle of Man and finally to Iceland and Greenland; people from Denmark usually went to England.

Of course, the story is always a bit more complicated than it seems; Margaryan and his colleagues found a person of Danish descent in what is now Russia, and Norwegians had been executed among people (possibly for robberies) in early medieval England.

“It is likely that many such individuals came from mixed-ancestry communities brought together by complex trade, raiding and settlement networks that crisscrossed cultures and the continent,” Margaryan and his colleagues wrote. And the peoples of all those faraway places left a lasting genetic legacy in the Vikings and their home ports.

The genomes suggest that new genetic material flowed to and from Scandinavia along those established trade and plunder routes. Historical and archaeological evidence tells us that people from Norway sailed to parts of the British Isles, for example, and today the average Norwegian gets between 12 and 25 percent of their ancestors from those places. The genome of humans from archaeological sites in Sweden, on the other hand, takes more of their ancestors from humans in Eastern and Central Europe.

Welcome to the robbery party

This mixing happened more often – and earlier – in coastal areas, in the south of Scandinavia and in large cities. Margaryan and his colleagues found less genetic diversity in inland, northern and rural people than in people from more cosmopolitan places. That’s not surprising, but it indicates that Vikings interacted quite freely and widely with the people they encountered on their travels. They were also willing to welcome outsiders into their own culture.

“Our results show that the ‘Viking’ identity was not limited to individuals of Scandinavian descent,” Margaryan and his colleagues wrote. After all, two of the first Pictish genomes ever sequenced came from humans buried in Scandinavian-style graves in Orkney, and archaeologists have found a number of other non-Scandinavian genomes buried in similar graves, including some who apparently originally came from Muslim lands. .