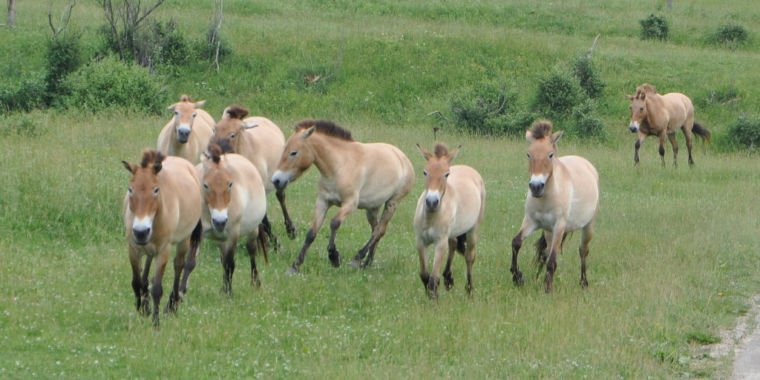 It would be hard to overestimate how important the horse has been in shaping the world around us today. It’s easy to forget now that most of us get around in other ways, but horses have been central to human mobility for millennia, and much of our history of warfare and economics has depended on that mobility.

But when did the history of horse and man become intertwined? Archaeological and genetic evidence has long pointed to the steppes of Central Asia as the likely site of equine domestication. Remains from the Botai culture in present-day Kazakhstan point to traces of horse milking and possibly riding from more than 5,000 years ago.

But a newspaper in this week Science analyzed ancient horse genomes from the region and presents a surprising finding: Modern horses do not appear to be descended from the Botai horses. This means we still don’t know much about the history of our pivotal relationship that started.

Today, there are horses that roam the wild in Central Asia: The Przewalski horse is an endangered population that has been brought from the brink of extinction through a captive breeding program and reintroduced to its natural habitat. But they are not the ancestors of modern domestic horses; 2011 research suggested that modern horses share an ancestor with Przewalski’s horse, but are not direct descendants.

Charleen Gaunitz, a researcher at the Natural History Museum of Denmark, led a team of 47 researchers trying to discover the genetic relationships between modern domestic horses, ancient domestic horses and the Przewalski horse. To do this, Gaunitz and her team sequenced the genomes of 42 ancient horses in Eurasia. They then compared the data with published genomes of 18 ancient horses and 28 modern horses.

Przewalski’s horse, the researchers write, “are considered to be the last truly surviving wild horses, which have never been domesticated. Our results show that they instead represent the wild descendants of horses first herded at Botai. Przewalski’s horse comparable to the free-roaming, wild American mustang.

This is an “exciting new finding,” said Oliver Ryder, who studies Przewalski’s horse genomes and was not involved in this paper. But Vera Warmuth, a geneticist who studies horse domestication and was also not involved in this study, says this conclusion isn’t as strong as it could be. “Only one of the seven [Przewalski’s] horses they analyzed show evidence of direct Borly ancestry,” she told Ars. And the pedigree the researchers present is also compatible with another ancestor scenario, she suggested: one in which the ancestors of Przewalski’s horses were wild horses that were part of the same population that humans domesticated to create Botai horses.

The additional data the authors published “points to a more complex situation with a large, diverse wild population” [and] a lot of gene flow between managed herds and their wild ancestors,” she noted, adding that it would be worth looking at whether alternative ancestry scenarios would also fit the genomic data.

So the domestication of horses took place elsewhere?

Could be. Modern horses did indeed cluster as a distinct group, but they are still a little bit related to the Botai horses. This points to two possible scenarios. In the former, horses were domesticated in Botai, but were crossed with other wild horses so often that “the Botai lineage was almost completely replaced,” Gaunitz and her colleagues write. In the second scenario, horses were domesticated elsewhere and at some point came into contact with Botai horses and processed “minimal amounts of Botai ancestry.”

Ryder pointed to the need for future research that should make use of both genetics and archeology to shape our understanding of modern domestic horses, their relatives and their ancestors — a relationship that is still hard to pin down.