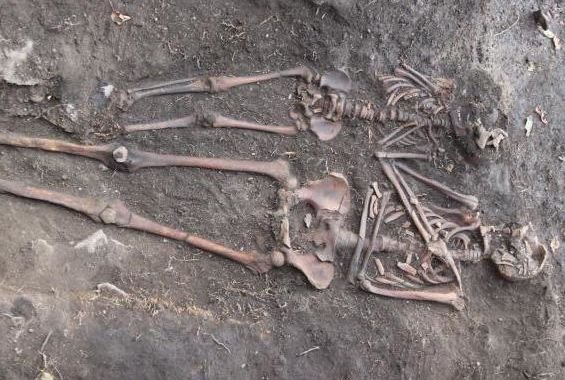 From antiquity to the early 20th century, many fever epidemics ravaged Europe. But one disease stands out in historical accounts because authors describe patients who seem to recover before developing a fever again and again. This disease has been around for so long that Hippocrates described a series of such fevers that struck the city of Thasos in the wake of a particularly harsh winter, and the outbreaks have continued for the past century.

The disease usually occurred when times were most difficult. Over the centuries, records describe epidemics of a nearly identical disease, usually on the heels of war or famine, with isolated cases popping up among the poor in between. One such epidemic struck during the Great Irish Famine from 1846 to 1852. Another devastated Central Europe and Russia in the aftermath of World War I, killing at least five million people.

For years, historians have blamed epidemics called louse-borne relapsing fever (LBRF). Borrelia recurrentis, a spinning, spiral-shaped bacterium that is only transmitted by the human body louse. The logic was simple: B. recurring causes the only recurrent fever we know of that is carried by lice, which can spread fast enough to cause an epidemic. While it seems to pop up regularly and horribly in the historical record, LBRF has been totally invisible in the archaeological record. A new study changes that, providing evidence that: B. recurring is indeed to blame.

Paleopathologist Meriam Guellil of the University of Oslo and her colleagues managed to create a near-complete B. recurring genome of DNA sequences recovered from the skeleton of a woman buried in a medieval cemetery in Oslo. She was buried with her child, who was between seven and nine years old, near the southern edge of the cemetery – furthest from the church. This revealed something about her socioeconomic status before anyone found evidence of a louse-borne pathogen on her remains.

She must have had a difficult life, and radiocarbon dating indicates it ended around 1430 to 1465 CE. Based on how much bacterial DNA showed up in the shotgun sequencing performed by Guellil and her colleagues, the woman likely died with many B. recurring in her system, so it’s likely the fever killed her.

“Although at the time of the burial … the city was still affected by the economic decline caused by the Black Death in the mid-13th century, which likely left parts of the population vulnerable to disease and malnutrition,” wrote Guellil and her colleagues. “The results reported in this study likely represent an isolated case of the disease.”

That’s not enough to confirm that lice-borne recurrent fevers caused all those historic epidemics, but at least it proves that the disease was present in medieval Europe. The real surprise, though, is how the medieval European version of LBRF differs from the modern strains that still affect people in Ethiopia, Eritrea, Somalia, and Sudan. At some point in its evolutionary history, B. recurring appears to have split into two genera — and they evolved different adaptive strategies, medieval DNA suggests.

Different ways to shrink a genome

B. recurring causes relapses because the genetic code allows the bacteria to run through a random array of different variants of two proteins called antigens on the surface. The variations change the shape of its antigens, allowing it to continue to evade the host’s immune responses. The result is a fever that seems to clear up and then flare up again as the immune system tries to respond to a new set of antigens.

The genes encoding the antigen variants are stored on different plasmids, strands of DNA that can multiply or move separately from the bacterium’s chromosome. The more sites in the bacterial genome that code for an antigenic variant, the greater the number of them it can randomly produce to thwart a host’s immune system — at least in theory. But compared to modern African tribes, the medieval tribe lacks copies of six loci, usually in one place on some plasmids.

But this method of hiding from the immune system is just one possible evolutionary solution. Other pathogens facing similar challenges tend to develop smaller genomes and greater virulence. Guellil and her colleagues compared the genomes of the medieval tribe of B. recurring to modern African tribes, as well as DNA sequences from a close relative called a tick-borne pathogen B. duttonii that also causes recurrent fever. Compared to its tick-borne cousin, all lice-borne relapsing fever strains had fewer intact copies of the antigen variation genes.

“But this difference is even more pronounced in the medieval tribe,” the researchers wrote. Modern species, meanwhile, have also reduced their genome over the countless generations since their last common ancestor with the medieval European species, but they’ve done it differently.

One of the main differences between the medieval strain and the modern strain is a genetic sequence called OppA-1, which is involved in metabolism — or would be, if it worked. In modern strains, it has been reduced to an imperfect, non-functional copy called a pseudogene, thanks to a stop codon in the middle of the sequence. In the medieval tribe and in its closest relative B. duttoniiOppA-1 still works.

But everything has consequences, and for the medieval European tribe of C. recurring, the price of a smaller genome was probably fewer antigen variants. This may mean that the medieval European version of LBRF had on average fewer relapses than the modern African versions. But Guellil and her colleagues say it’s impossible to be sure because there isn’t much modern data on untreated cases of fever, and historical sources aren’t always specific about the number of relapse patients.

One clue, however, may lie in the LBRF’s sign-borne cousin, B. duttoniwhich has more intact loci for antigenic variation than modern B. recurring. It tends to cause more relapses in untreated patients.

As for OppA-1, Guellil and her colleagues wrote, “We can only speculate about the effect of this mutation on the ecological life cycle of the disease.”

Based on their comparison of the medieval bacterial genome with modern strains, the researchers suggest the two genera adapted to different environments. Humans may have helped shape that adaptation by putting pressure on the vector — perhaps changing hygiene or housing practices — or the host, but paleopathologists don’t have enough data yet to be sure.