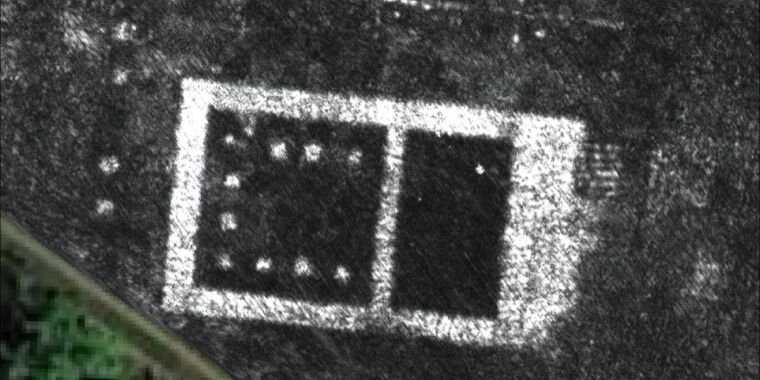 Falerii Novi was once a walled city just north of Rome, probably founded around 241 BC as a relocation place for a Falisci tribe that had rebelled against the Romans. Located on a volcanic plateau, archaeologists suspect the new site was chosen because it was not as easy to defend, discouraging further uprisings. There were probably about 2,500 inhabitants in the third and fourth centuries BC. The ruins lie deep underground, but a team of archaeologists from the University of Cambridge and Ghent University in Belgium used ground-penetrating radar (GPR) to map the entire city. They detailed their findings in a recent article in the journal Antiquity.

GPR dates back to 1910, when the first patent was filed for a radar system to locate buried objects. , among other applications. The 1972 Apollo 17 mission — the last moon landing mission of NASA’s Apollo program — used a GPR system called the Apollo Lunar Sounder Experiment (ALSE) to record depth information from the lunar surface. The method has also emerged in recent years as a powerful tool for archaeological geophysics as it is a non-invasive way to detect and map artifacts, features and key patterns beneath the surface.

GPR differs from another popular method, LIDAR, which relies on infrared light from lasers rather than radio waves to map the terrain. An electromagnetic pulse is sent into the ground and any objects or layering (stratigraphy) will be detected in the reflections captured by a receiver, just like regular radar. How long it takes for the echoes to return indicates depth, and different materials will reflect the incoming waves differently. The data can then be plotted to create detailed maps of those underground features.

Falerii Novi was first excavated in the 1990s, and over the following decades, archaeologists have identified warehouses, shops, marketplaces, a theater and a forum using a variety of non-invasive techniques, including magnetometry – a method that measures the direction, force or relative change of a magnetic field at a given location to reveal details below the surface. But the British and Belgian teams’ use of GPR has provided a much more detailed and complete picture of the site, allowing them to study how the city developed over several hundred years.

The authors mounted their GPR system to the back of an ATV to more efficiently survey the 30.5 hectares (about 75 acres) within the old city walls, taking a measurement every 12.5 centimeters. In 2017, using their method, the team found the remains of a large Roman temple several meters below the city, which would have been about the same size as St. Paul’s Cathedral.

This latest analysis revealed a large rectangular structure connected to a network of water pipes leading to the city’s aqueduct. The authors suspect that it is the remains of an open-air swimming pool (natatio), part of a large public bath complex. They were also surprised to see two large structures facing each other in a covered passageway (portico duplex) which they believe was once part of a large public monument near the north gate of the city. It appears to be part of a “sacred topography” of temples around the city’s periphery, previously revealed by magnetometer surveys.

GPR works very well under certain conditions, such as uniform sandy soils, but the high electrical conductivity of, for example, clay and silt can significantly dampen the signal strength. And rocky sediments will scatter the signal, making it harder to discern the patterns in the noise. “At Falerii Novi, the generally dry conditions in the summer months were well suited to GPR research,” the authors wrote, noting, however, that when it rained, “up to seven days were needed for the soil to dry enough to provide optimal data quality.” yield.”

Falerii Novi was a good place to showcase the potential of GPR, as it is not buried under modern buildings, unlike other ancient cities. GPR, especially in combination with magnetometry, could be a useful tool to study such cities. “Neither [GPR or magnetometry] is able to produce a complete picture of archeology,” the authors wrote, noting that, for example, Falerii Novi’s retail units are in the magnetic data, but not in the GPR study. And as the city theater pops up in the magnetic data, the GPR survey gave a much clearer picture, also at different depths, providing insight into its structural shape, as well as evidence of wall removal via stone robbery.

The biggest challenge for the future is the huge amount of data produced by these high-resolution maps. According to the authors, they collected a staggering 71.7 million readings from Falerii Novi, which equates to 28.68 billion data points, or about 4.5 GB of raw data per hectare (2.47 acres). It can take up to 20 hours to document a single hectare. That’s why the team is developing automated techniques to speed up the process with computer-aided object detection.

“The astonishing level of detail we’ve achieved at Falerii Novi, and the surprising features GPR has revealed, suggest that this type of research could change the way archaeologists examine urban sites as total entities,” said study co-author Martin Millett of the University of Cambridge, adding that it should be possible to use GPR to survey large ancient cities such as Miletus in Turkey or Nicopolis in Greece. “We still have so much to learn about Roman urban life, and this technology should open up unprecedented opportunities for decades to come.”