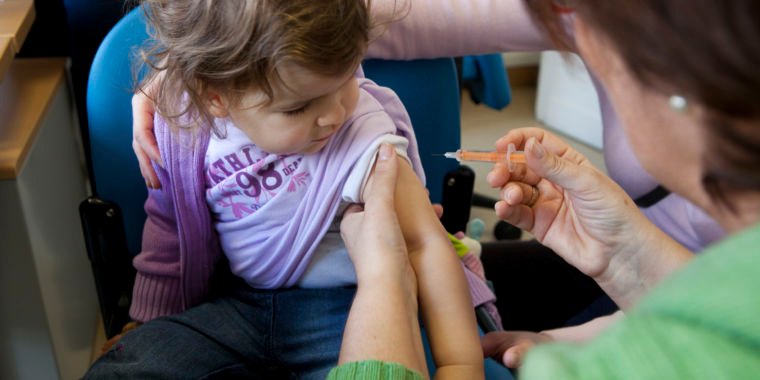 Children diagnosed with autism are less likely than the general population to receive the recommended set of safe and protective vaccines — and so are their younger siblings, according to a new observational study in JAMA Pediatrics.

The finding indicates that children with autism and their siblings are at increased risk of contracting preventable and dangerous infectious diseases. It also suggests that a pernicious and completely bogus notion that vaccines cause autism may cause hesitation in some parents.

The authors of the study note in their conclusion:

The study was conducted by a nationwide group of health researchers from Kaiser Permanente and the Centers for Disease Control and Prevention. Together, they looked at medical records from a racially/ethnically and socioeconomically diverse population of nearly 600,000 children from six locations across the country.

This included 3,729 children diagnosed with autism, all born between January 1995 and September 2010. The researchers determined an autism diagnosis based on the presence of medical codes for an autism diagnosis that appear in a child’s health records on at least two separate occasions. Previous research had shown that this method was valid for identifying cases of autism.

For the analysis, researchers started with the recommended vaccination schedule for children ages four to six, including the MMR (measles, mumps, and rubella) vaccination most often (wrongly) claimed to cause autism. Only 81.6 percent of the 2,855 children with autism in that age group were fully vaccinated with this batch of vaccines, compared with 94.1 percent of the 483,961 children in that age group without autism.

Next, the researchers looked at the recommended batch of vaccines for children 11 to 12 years old. This included the HPV vaccine and the Tdap vaccine (Tetanus, diphtheria, and whooping cough). Here the researchers saw no difference. Of the 874 children in this age group with autism, 77.5 percent had been fully vaccinated, compared with 76.9 percent of children without autism.

Together, the results suggest that some parents view vaccines recommended at a younger age as riskier than vaccines given later. This also played into the sibling analysis.

While the study may not catch all cases of vaccine hesitation and refusal, the researchers say it’s enough to call for change. They propose new strategies, such as those that promote more dialogue between parents and doctors, to help dispel vaccine myths and protect children.