America’s oldest rocket has just made its penultimate flight | Techilink 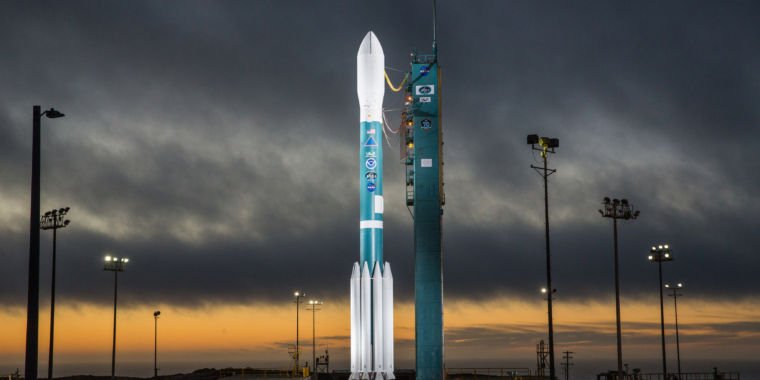 The Delta II rocket was first launched in 1989, making it the oldest U.S. orbital launch system still flying. However, the legacy of this launch system is much older. The first stage of the Delta II missile is derived from the Thor intermediate range ballistic missile – the first operational ballistic missile used by the United States Air Force in the 1950s. Thus, the Delta II missile can trace its origins to the beginnings of US missiles.

But now the end is near for the Delta II rocket. It is costly for United Launch Alliance to keep supply lines open for the medium-lift rocket (three to six tons in low Earth orbit) that has flown only three times since 2012. On Saturday morning, Delta II made its penultimate launch, carrying the first Joint Polar Satellite System spacecraft into orbit for NASA and NOAA. The flight took place from Vandenberg Air Force Base in California.

The Air Force began the Thor program in 1954 with a single, important goal. It wanted the capability to launch a nuclear weapon from Britain into the heart of the Soviet Union, including Moscow. The industry responded and in 1958 the first of five dozen missiles was delivered to Britain.

Even as the Thor rockets were deployed across the ocean, the new national space agency, NASA, looked to the Thor space launch vehicle. It selected the fourth iteration of the Thor launcher, Thor-Delta, for its purposes. In May 1960, NASA had launched its first Thor-Delta from Cape Canaveral Air Force Station in Florida. It failed, but a second launch in August was a success. The payload was the first US communications satellite, Echo 1A.

For the space shuttle Challenger accident in 1986, the US government intended the shuttle program to conduct all of its launches for national security and also serve NASA’s manned spaceflight needs. However, after the accident, the US military decided it would develop its own means of accessing space. This became the origin of the modern line of Delta and Atlas missiles. The Delta II first stage was derived from the Thor missile.

The first Delta II rockets launched GPS satellites for the government, and soon NASA was also buying rides on the Delta II rockets for its own Earth observation payloads. In the 1990s and 2000s, the rocket launched some of the country’s most important space science missions, including eight missions to Mars, such as the Spirit and Opportunity rovers. The Dawn and Genesis spacecraft also flew on a Delta II rocket, as did the exoplanet hunter Kepler spacecraft.

Should next year’s launch be successful, the Delta II rocket would go out on a high note. The venerable missile has now flown 99 consecutive successful missions. The 2018 mission would mark its 100th straight mission success flight, not a bad record for an American-made missile that traces its origins to the early days of the industry and the depths of the Cold War.