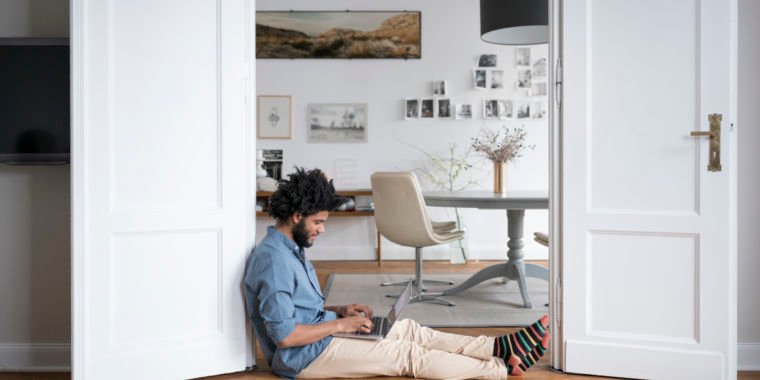 Working from home wasn’t really something my parents liked when I was growing up. Either you were in the office or you were sick.

These days I work for a publication that doesn’t even have an office (well, unless you count the Ars Technica Orbiting HQ). My friends and family who work in offices can often work remotely if needed occasionally. In fact, the U.S. Bureau of Labor Statistics (BLS) notes that in 2016, 22 percent of working Americans did some or all of their work from home. While there are good things and bad things about this new reality (who among us hasn’t checked work email right before going to bed), all those hours not spent traveling to and from offices add up. added up.

According to researchers at the University of Texas at Austin, a difference has only been noticeable until this decade. In a paper published in Joules, the researchers compared data from 2003 and 2012 from the American Time Use Survey (ATUS), which is conducted by the BLS. They then tried to estimate how time spent in different buildings and vehicles translated into energy consumption based on average domestic, commercial and transportation energy use figures from both years.

They found that Americans spent an average of 7.8 days more at home in 2012 than in 2003, a significant shift. That time was found to be subtracted from the time spent in non-residential buildings (6.7 days less in offices and shops) and the travel time (about 1.2 travel days less per year). When at home, Americans reported more time working from home, streaming video, or just using their computers in general.

The paper notes that while more time at home translates into more energy consumption at home, overall energy consumption decreased, mainly due to less driving time. Driving, the study finds, is just about the most energy-intensive activity per minute you can engage in, of the 465 activity options available on the Federal Time Use Survey.

Who uses energy and where?

The researchers also broke down the time use data based on age and employment status. Unsurprisingly, the populations at both ends of the age spectrum examined showed the most interesting results. “The population aged 18 to 24 shows the most dramatic change, [with] 14 extra days at home in 2012 compared to 2003, offset by 4 days less travel and 10 hours less time spent in non-residential buildings.” While the former can be attributed to a larger student population or more young people working part-time in the “gig economy,” the researchers suggest that people over 65 spend less time at home because they retire later.

To get a more accurate picture of how time at home affected energy use, the researchers also looked at how the housing sector changed between 2003 and 2012. In particular, they used third-party survey data to study the energy consumption effects of a growing population. , larger house sizes and energy efficiency measures, as well as more time at home. In general, energy efficiency measures were essential to limit the effect of more time at home. They estimate that the increased hours at home led to an additional consumption of 480 trillion BTUs (British Thermal Units).

In the commercial and transportation sectors, the story was a little different. Energy efficiency and shorter time in those sectors led to less energy consumption, despite a growing population and growth in retail space. Non-residential sectors of the economy used 1,000 trillion fewer BTUs in 2012 than in 2003, and the transportation sector used 1,200 trillion fewer BTUs.

Taking into account the additional 480 trillion BTUs consumed in homes, this means that changes in time use reflected a net decrease of 1,720 trillion BTUs in 2012 from 2003, or 1.8 percent of the national primary energy consumption. “To paraphrase in informal terms, Americans save a lot of energy by staying at home more,” the paper said.

Of course, there are plenty of other ways energy is used in the US. And energy consumption that was not included in the time use study is not included in this analysis. For example, if more data centers appear across the country, that energy consumption is not counted (except for that small segment of the population who will spend extra workdays in a data center, and even then their time is generically counted as “non-residential” time) . This study also does not take into account the indirect energy consumption of production processes (that laptop took a lot of energy to make). All of this means that even if Americans use less energy, other sectors of the economy could offset those gains in efficiency.

The results of the study suggest that energy efficiency standards for electronics and appliances can go a long way towards reducing energy consumption in the US even further. The same goes for transportation. Efficiency generally isn’t the most exciting part of the energy industry, but unless there’s a sea change in the way Americans spend their time, it’s a good way to reduce the carbon emissions from an energy sector that still largely relies on fossil fuels. reduce fuels.