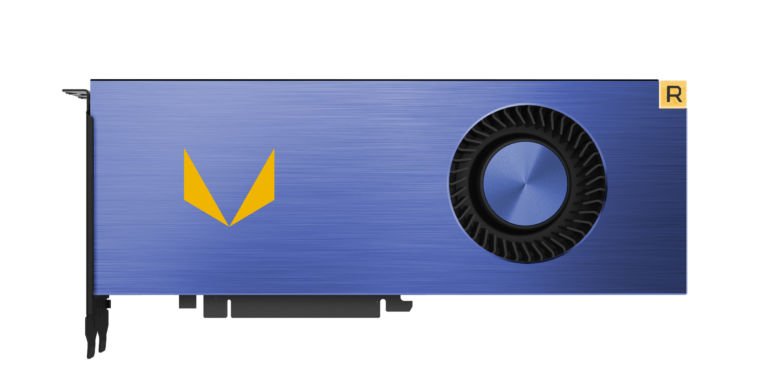 The first reviews and benchmarks have arrived for the Radeon Vega Frontier Edition – the first graphics card based on AMD’s Vega architecture – and the results have been mixed to say the least. In professional application benchmarks such as SPECviewperf and Cinebench R15 OpenGL, the £1000/$1000 Vega FE (buy here) features on Nvidia’s flagship Titan Xp. In games, it is often barely faster than a GTX 1070.

The gaming results have caused some consternation among AMD fans, with many expecting much better performance from what is currently the company’s best graphics card. In its current form, Vega FE is between 25 and 45 percent faster than the R9 Fury X (according to PC Perspective) and 13 percent slower than a GTX 1080. Both the GTX 1080 Ti and Titan Xp are significantly faster and consume less power at stock speeds.

Gamers Nexus also discovered issues with Vega FE’s overclocking performance, noting that it couldn’t overclock the GPU without cutting the memory clock speed in half. The Vega FE didn’t go on sale until Friday (buy here), so the drivers will likely remain flaky until AMD fixes any issues.

While Vega FE’s gaming performance is disappointing, there are questions about how representative it is of AMD’s upcoming RX Vega graphics cards, which are aimed directly at gamers. Vega FE sits on the border between professional users and gamers, offering a unique set of drivers that support both sets of applications, but without the assurance of certification that comes with AMD’s Radeon Pro line and Nvidia’s Quadro.

However, RX Vega will be based on similar technology to Vega FE, which features 4,096 stream processors and 16GB of HBM2 memory on a super-wide 2048-bit bus. GPU clock speed is rated for 1600MHz (although 1440MHz was more common among reviewers). With a clock speed increase and a streamlined set of drivers, it’s possible that RX Vega offers at least some performance boost, much closer or better than a GTX 1080.

“Consumer RX will be much better optimized for all the top games, and flavors of RX Vega will be even faster than the Frontier version,” Radeon VP Raja Koduri told Reddit users in an AMA earlier this year.

Regardless, Vega doesn’t appear to be the Nvidia-bashing powerhouse that many hoped it would be, with AMD likely instead relying on competitive pricing rather than full performance stats to shift cards (especially as power consumption remains high). ).

In that regard, despite being thrown at pros and gamers alike, Vega FE is a tough sell. At £1000, it’s cheaper than a Titan Xp, but more expensive than a GTX 1080 Ti. Both Nvidia cards offer better overall performance. Since certified drivers aren’t an option for the AMD part, it’s hard to see why anyone would choose Vega FE over the Nvidia alternative.

The gaming version of Vega, RX Vega, will be announced at Siggraph 2017 on July 30. Fingers crossed makes a splash – the high-end graphics card market needs a shake-up.