Airline plans to use electric planes in 10 years, is that possible? | Techilink 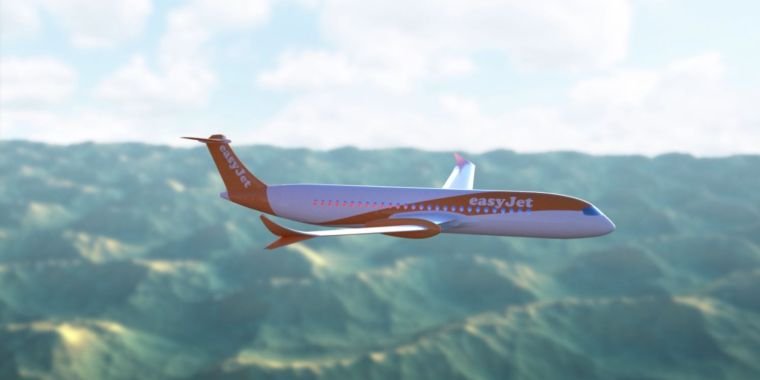 One of Europe’s largest airlines, EasyJet, announced on Wednesday that it aims to start electric-powered aircraft within the next decade. EasyJet is teaming up with an aviation startup called Wright Electric to make this vision a reality.

The companies have ambitious goals: they want to build aircraft with seating for 120 and 220 passengers and a range of 335 miles. In fact, that’s so ambitious that I was a bit skeptical that anyone should take it seriously.

Still, there’s a lot of room for improvement in electric aircraft technology, NASA scientist Sean Clarke argued in an email to Ars on Thursday.

“Electric propulsion systems can be relevant to the market sooner than you might expect because they can be much more efficient,” Clarke told Ars.

Not only is battery performance steadily improving, says Clarke, but there are also ways to improve the performance of electric motors to squeeze more range out of existing battery technology.

And there is another way to reap most of the benefits of electric aircraft and still achieve reasonable range. A Seattle startup called Zunum Aero is developing an electric plane that combines battery power with a conventional generator. Zunum expects its first aircraft, which will go on sale in early 2020, to have a range of 700 miles – far enough to serve many popular short-haul routes in the United States and around the world.

Jet fuel has a specific energy of 12,000 watt hours per kilogram, Clarke told Ars. In comparison, battery systems work out at about 200 watt-hours per kilogram. In other words, jet fuel is about 60 times more efficient at storing energy than batteries. This is somewhat offset by the fact that electric motors are about three times more efficient than jet engines. But that still means that you can get a lot further with a kilo of jet fuel than with a kilo of batteries.

According to Clarke, one of the best electric planes on the market, the Alpha Electro, has a range of about 80 miles. That’s a small fraction of the range of conventional aircraft powered by jet fuel – and much less than the 335-mile target proclaimed by EasyJet in its press release.

For starters, battery technologies have been improving at about seven percent per year. If that rate of progress continues, in ten years’ time batteries will contain about twice as much energy as they do now.

Efficiency gains can also be made by redesigning aircraft to work with the strengths of electric motors, which are lighter and more reliable than conventional jet engines.

For example, Clarke plans to move the X-57’s propellers to the edges of the wings. “This could improve aircraft efficiency by reducing drag caused by the vortex that forms wingtips at most. This is not really feasible with gas-fired engines because they would be mounted too heavily at the wingtip,” he says.

He also said that “aircraft have to operate even with a failed engine, which would not be feasible if the only remaining engine is at the wingtip. Electric motors can become so reliable that it is not credible for an engine to fail completely.”

Hybrid systems can bridge the gap

Jeff Engler is the CEO of Wright Electric startup EasyJet says he will deliver electric passenger jets within a decade. In a Thursday phone interview with Ars, Engler readily acknowledged that the projected 335-mile range was beyond the capabilities of current lithium-ion batteries and that lithium-ion battery technology may not be improving fast enough to reach the goal within the next decade.

The company is still in the early stages of designing its aircraft, and Engler says the company is considering a number of alternative approaches. “We’re looking at other battery technologies: lithium sulfur, aluminum air and fuel cells,” he told Ars.

Wright Electric is also exploring the hybrid approach, Engler said, using “turbine engines as a range extender.” One advantage of this approach, he stressed, is that planes always need extra fuel to provide a margin of safety. Extra fuel is much lighter than extra batteries, and the spare fuel does not burn on most flights, minimizing environmental impact.

Zunum Aero plans to build a hybrid aircraft, which will allow it to offer greater range than EasyJet claims.

Zunum plans to start small by building planes designed for 10 to 50 passengers. Adam said the electric propulsion system should reduce noise by 75 percent compared to conventional aircraft. And carbon emissions can be reduced by as much as 80 percent.

“We also designed the plane to be battery technology agnostic,” she told Ars. In the early years, the aircraft will rely heavily on additional power from the onboard generator. However, she said, “You can easily change the batteries.” As batteries with higher energy densities become available, airlines can swap them into existing aircraft, allowing them to get more power from the batteries and less from burning fossil fuels.

Electric aircraft will not replace conventional aircraft any time soon. The huge gap in energy density means that long-haul flight will remain the domain of conventional aircraft for the foreseeable future. But Adams, Clarke and Engler all envision a future where short-haul flights—measured in hundreds rather than thousands of miles—are handled by hybrid aircraft and eventually by pure electric aircraft. These short flights account for a significant part of the total air traffic. Electric aircraft have the potential to make these flights quieter, more efficient and better for the environment.

Update: A reader pointed us to this 13-part series on electric aircraft by industry analyst Bjorn Fehrm. He was a bit more pessimistic than the NASA expert I spoke to for this story. You can read his conclusions in the last part of the series. Fehrm thinks batteries are simply too heavy for battery-only aircraft to be practical within the next decade. Hybrids are more promising, he says, but they are unlikely to be frugal in a decade.

However, much depends on the rate at which the energy density of the battery improves. As battery density increases, hybrid systems become more efficient because the battery can provide more power during takeoff, allowing the aircraft to get by with a smaller and lighter generator. So if battery technology improves faster than expected — and the billions pouring into the electric car — if companies could accelerate battery development, hybrid aircraft could become viable relatively quickly.

What seems clear is that electric power will start with the shortest routes and gradually move up as battery technology improves. Electric power could provide opportunities for small vertical takeoff aircraft flying routes within the city before they become viable for the shortest conventional commercial routes. It will be a long time before electric aircraft can compete with conventional aircraft on longer routes.