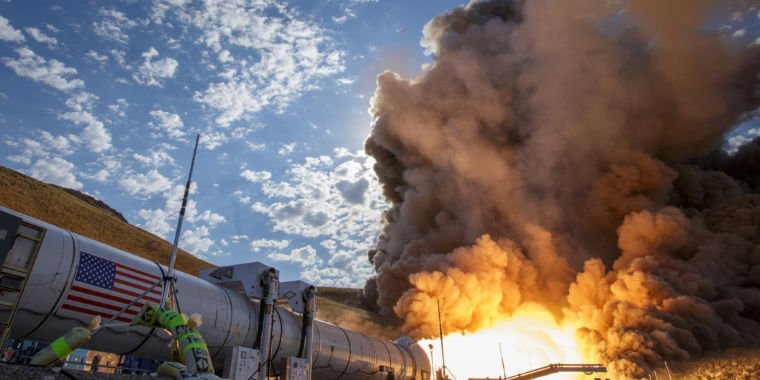 Over the past 15 years, Congress has approved budgets totaling $46 billion for various NASA deep-space exploration plans. By the end of the summer of 2020, that total is likely to exceed $50 billion, most of which has been spent developing a heavy rocket and space capsule that can take humans to deep space.

In a new analysis that includes NASA’s recently approved fiscal year 2019 budget, space analyst Laura Forczyk found that of this total, NASA spent $16 billion on the Orion capsule, $14 billion on the Space Launch System rocket, and most of the rest to development of ground systems along with the Ares I and Ares V missiles.

For all of this spending on “exploration programs” since 2005, NASA has demonstrated relatively little space capability. The Ares I launch vehicle flew once, in 2009, to an altitude of only 40 km. (It had a dummy upper staircase and a fake capsule). The Ares project, as part of NASA’s Constellation program, was to be halted the following year because it was behind schedule and over budget. Later, in 2014, NASA launched an unmanned version of its Orion spacecraft on a private rocket to an altitude of 5,800 km. The first flight of the new SLS rocket, again with an unmanned Orion vehicle, could take place in 2021.

“SLS and Orion are political projects, not practical ones,” Forczyk told Ars.

Manned flights of SLS and Orion — the target of this reconnaissance program, which began in 2005 — likely won’t happen until 2024, when NASA flies a crew of four to the vicinity of the moon and back. By then, it’s likely that NASA will have spent two decades working on a program, and more than $60 billion, to match the performance of the Apollo 8 mission in 1968. NASA is now talking about human landings on the moon around a decade from now.

It would be easy to blame NASA for the high costs and slow pace of these programs. Indeed, the agency has publicly touted these rockets and spacecraft as the key to sending humans back into deep space for the first time since the heady days of the Apollo program. However, each of these programs was drafted by the White House or the US Congress and assigned to the space agency with varying requirements.

Over the past 15 years, NASA has adapted this deep-space architecture to meet changing demands. In early 2004, President George W. Bush said the agency should go to the moon and then to Mars. Six years later, President Barack Obama’s administration ordered the agency to visit an asteroid and then go straight to Mars. Finally, in 2018, President Donald Trump authorized NASA to build a “gateway” in orbit around the moon, go from there to the lunar surface and then, at a distant date, continue on to Mars.

Only once in this era has anyone in the power tried to end NASA’s efforts to develop a large rocket and spacecraft. In 2010, President Obama tried to cancel the Constellation program, which involved Orion, the smaller Ares I and larger Ares V rockets. NASA’s then-deputy administrator Lori Garver, and others fought hard for several months to push NASA toward developing other technologies necessary for human landings on Mars or other worlds, such as propulsion in space, but eventually wanted a bipartisan congress to continue development programs.

So eventually Orion was restored and the SLS rocket replaced Ares V. This has been more or less the status quo since 2011, as NASA has been spending increasing amounts of money on SLS, Orion and their ground systems – rising from about $3 billion a year in 2012 to over $4 billion now. The agency could use them in the next decade, or perhaps not if a future president decides to return to low Earth orbit or if private missiles match the capabilities of SLS and Orion at a lower cost.

“As far as I’m concerned, SLS and Orion are doing their job by providing work for NASA centers and contractors and giving the US a sense of national pride for having an important goal to work towards,” Forczyk said. “They are not meant to be fast, cost-effective or sustainable. They are symbolic great acts of a great nation.”