After 14 months, a new and improved New Shepard is flying again | Techilink 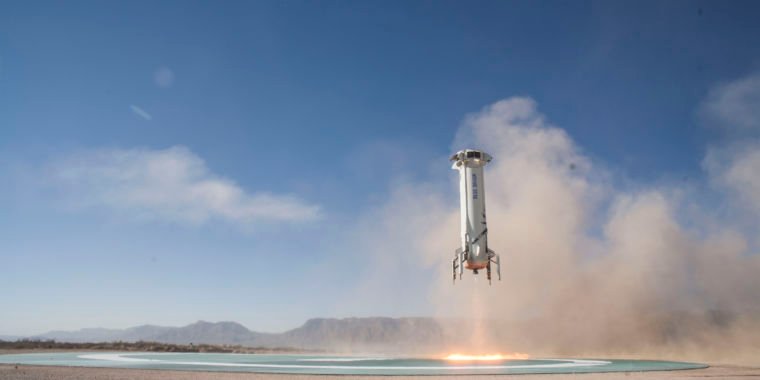 When Blue Origin last flew its New Shepard system, the spacecraft deliberately activated its abort system 45 seconds after launch. As the spacecraft rocketed away from the booster, the escape engine slammed the rocket with 70,000 pounds of off-axis force and hot exhaust. Nevertheless, both the spacecraft and rocket returned safely to the launch site in West Texas for a successful test flight.

In the 14 months since that aborted test flight, Blue Origin has been working on an upgraded version of the rocket – to improve the capacity for fast, low-cost reusability – and the capsule that will eventually carry six passengers to space. For example, the test capsule used during flights in late 2015 and 2016 had painted windows. The new variant has real windows, which at 3.6 feet high may be the largest of any spacecraft to have flown into space.

On Tuesday, Blue Origin finally put the revamped New Shepard system to the test. During a 10-minute, 6-second flight just before noon in Texas, the next-generation booster, and what the company calls Crew Capsule 2.0, soared to 62 miles (99 km) above sea level (just short of the Kármán Line that marks the edge of the delimits space). After reaching a maximum takeoff speed of Mach 2.94, the capsule returned to Earth under parachutes and landed at just 1 mph. The booster also made a controlled landing.

According to the company, the capsule contained “Mannequin Skywalker,” an instrumented test dummy to determine how the flight would affect human participants, as well as 12 commercial, research and education payloads. It did not immediately release data from the test dummy sensors. Blue Origin also waited about 12 hours after the test to release footage and to confirm that a successful test had taken place – a return to secrecy after Blue Origin opened up about its flight test program in 2016. Perhaps this was due to novelty of this equipment.

The earlier version of the New Shepard booster had flown five times and the capsule six times before being retired. When it starts commercial tourist flights, perhaps in a year or so, Blue Origin plans to reuse its crew capsule and booster system for dozens of flights. Tuesday’s successful test will allow “test passengers” to fly the vehicle in the spring or summer of 2018.