Aether Revolt Spoiler: If Godzilla Were Paired With A Magical Electric Eel… |Techilink 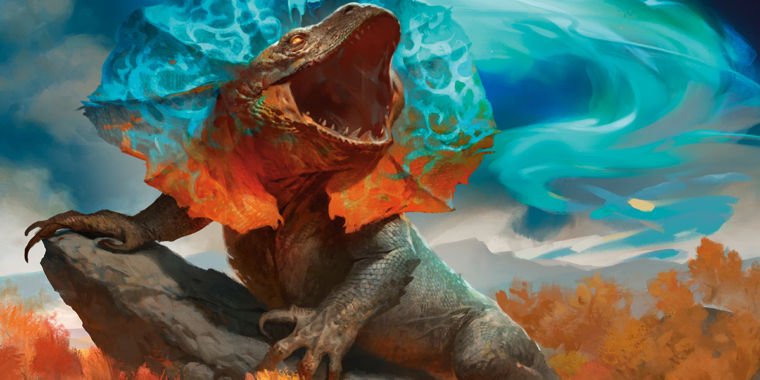 Magic: The Gathering kicks off the year with Aether Rebelliona new 180+ card expansion, which forms the second half of the kaladesh block – and we’ve got one of those new cards to show you today. Say hello to Aetherwind Basker!

Energy, a new resource introduced in kaladesh, is back, and this giant beast may be filling your reserves once it lands on the board. Each subsequent turn, you can crush your opponent with an ever-growing electric lizard. If we assume those orange blobs around the rocky prominence are large trees, this mythical lizard is about the same size as another famous lizard-like monster first seen off the coast of southern Japan.

Seven mana can be challenging in a constructed format defined by a particular loot scooter, but we’d love to see this in our sealed pool at one of the prerelease events next weekend. It is both a generator and a consumer of energy, making it a powerful threat whether combined with other energy cards or not.

Aether Rebellion will be released worldwide on January 20, with prerelease events the weekend before (January 14-15). The Magic store locator can help you find a store near you that is hosting an event.

We have a full review of the Aether Rebellion expansion next week prior to the prerelease weekend. If you haven’t played Magic: the meeting Before or you are an expired player from your teens and you are interested in playing the game, our past coverage is a good place to start.

List image by Wizards of the Coast / Svetlin Velinov