According to the US energy analysis, renewable electricity will overtake coal by 2030 | Techilink 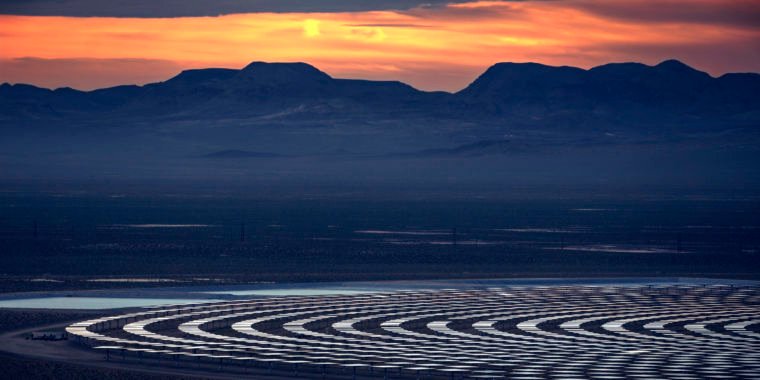 Yesterday, the US Energy Information Administration released its energy outlook for 2017. These annual reports provide projections of current energy trends through 2040, and they give policymakers an idea of ​​where the country could be decades from now, if things have continued this way.

Anyone aware of current trends will not be surprised by many of the EIA’s results. With the continued decline of coal, natural gas is becoming the dominant source of energy in the US, followed by renewable generation. In most of the scenarios considered in the report, continued growth in US energy production far outweighs sluggish demand growth. This pattern will transform the country into a net exporter of energy by 2030.

But EIA reports are notoriously conservative in their projections, and this can lead to completely unrealistic results. For example, in the past, the EIA’s projections failed to anticipate the radical drop in photovoltaic prices, which is why the solar organization played a small role in US energy markets. This year’s version is no exception, as it suggests that wind power installation in the US will essentially cease once tax breaks run out in early 2020.

If the EIS reports are unrealistic, why bother? Well, they have some useful purposes. For example, this year’s report examines what might happen with and without Obama’s Clean Power Plan and projects what might happen if oil and gas exploration encounters technological or policy issues that prevent the current explosive exploitation from continuing indefinitely. In addition, the report helps to measure the effect of current policy; if policy creates an energy economy that is flawed in some way, then we can seriously think about how to change the policy environment.

So, what does the EIA foresee? In line with recent trends, demand is broadly flat and rising only slightly after the 2030s due to economic and population growth. Energy production largely follows a similar path, except in two scenarios. In one, high oil prices drive domestic production; in the second, continued improvements in oil and gas extraction technology make the US a major energy exporter. In most scenarios, the US will even become a net exporter of energy in the 2020s. The exceptional scenarios involve continued low oil prices or slow improvements in the technology used to locate and extract oil and gas.

Carbon emissions generally follow energy production and decrease slightly before slowly rising in the 2030s. An exception is a scenario in which the Clean Power Plan never goes ahead. The emissions there remain the same throughout the period. That’s another conservative projection; emissions have fallen by an average of 1.4 percent per year over the past decade, but the EIA expects them to fall by only 0.2 percent per year in the future. Last year, transportation became the largest source of emissions in the US for the first time, displacing electricity generation. As the use of coal on the power grid continues to decline, that will not change in the 2040s.

When the report is on individual energy sources, natural gas is the big story. It has only just passed coal to become the largest single resource in 2010, but the EIA is seeing continued growth that will see it nearly twice as high as its nearest competitor. That competitor is petroleum, with production expected to be broadly flat over this period. Nuclear and hydropower remain largely stable, but coal, once the dominant domestic source of energy production, is pushed to fourth place in the late 2030s by the steady rise of renewables (some of that coal is exported). While coal production has fallen sharply over the past decade, the EIA predicts that the decline will slow dramatically and even stabilize if the Clean Power Plan is ended.

The emergence of renewable energy sources even exceeds that of gas in percentage terms. And should there be a hiccup in our ability to extract more gas, renewables will become the largest source of electricity on the grid by the 2030s. The EIA is clearly bullish on solar and forecasts strong and continuous growth. That growth is driven by both grid-scale installations and distributed hardware, such as rooftop solar. While large-scale installations will continue to be the largest source of solar energy, distributed hardware will follow closely the trajectory throughout and will reach 100 GW installed capacity by 2040.

But the report is strangely pessimistic about wind. As shown in one of the charts above, wind installations will continue to grow dramatically until federal tax incentives for them run out in 2022. Then the growth of wind essentially stops. This is strange considering that wind is now one of the cheapest sources of electricity in the US. The EIA explains this as follows: “While many wind projects would be economic without the tax credits, most of the profitable wind capacity will be added to take advantage of the tax credits before they expire.” Essentially we will now tap all the good sites in a tax break fueled binge. This assumes that improving the technology does not make additional sites economically viable and that the companies participating in the binge would leave all their production and installation capacity unused.

Apart from the questionable view of wind, is there anything that is clearly missing from the report? It’s hard to say that the EIA’s view of policy incentives is unrealistic, given that national guidelines are likely to remain in turmoil until the end of the decade, and so energy policy is likely to be driven by a patchwork of government initiatives.

As mentioned above, the MER is bad at predicting changes in technology. And if there’s one technology that seems poised for a revolution, it’s electric vehicles. Here, the EIA foresees rapid growth until 2025, after which it slows down dramatically. If the surge in electric vehicle growth continues past 2025, it wouldn’t just take a big bite out of the US’s largest source of carbon emissions; it would shift the energy source to the electricity grid, where emissions are falling the fastest.