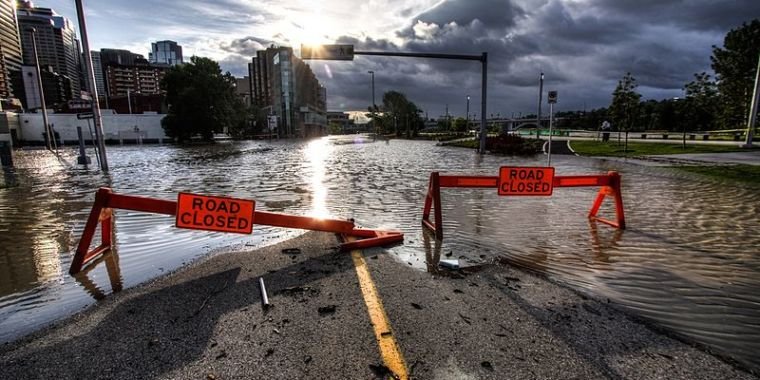 In June 2013, Keith Musselman was living in the Canadian Rockies when the nearby Bow River flooded. “We were in a valley, so we were stuck for about five days,” Musselman told Ars. “The community was broken.”

The flooding was one of the costliest and most devastating natural disasters in Canadian history, causing five deaths, more than 100,000 evacuations and extreme property damage. Heavy rainfall falling on late snow in the mountains had flooded rivers and reservoirs, and Musselman, a hydrologist, realized that these kinds of rain-on-snow flooding were not well understood.

“Forecasters have a good handle on what happens when it rains,” he says. “But if that rain falls in mountains where there is deep snow, we don’t have a good idea of ​​what the flood volume will be.”

Musselman and a group of colleagues used historical data to outline what the flood risk from rain on snow looks like in western North America — and how that risk is likely to change in a warming world. Their paper, published in Nature Climate Change notes this week that some areas are less at risk thanks to decreasing snowfall. But at higher elevations, there will still be snow, and the increasing amount of rain that falls on that snow will impact flood risks.

At drier and higher elevations, rainfall on snow isn’t much of a problem, either because there isn’t enough rain or not enough snow to matter. But when conditions are just right, heavy rains combined with melting snow can cause floods more disastrous than the rainfall alone would cause.

When Musselman went to work at the National Center for Atmospheric Research (NCAR), his colleagues there also determined that this was something they wanted to study — and “they had a great data set,” Musselman says. “We used that to understand how rare these major floods are.” This has been worked on before, but this team was able to build a detailed picture with more fine-grained data.

They built a simulated world of weather systems that would produce rain-on-snow floods in the same places and with the same frequency as the 13 years of historical data they used. Once they were sure the simulation matched the historical patterns of snow, melted snow and other factors, they used it to build a picture of how those kinds of events might change in the future.

The model showed shifting patterns: areas that are now at high flood risk will decrease, as precipitation will occur more often as rain than as snow. But at higher elevations, where snow would once have fallen on a snowpack, rising temperatures will now cause rain to fall on that snow. The upper reaches of the Sierra Nevada, Canadian Rockies and Colorado River saw the greatest risk increase, with in some cases twice as likely to experience flooding.

Philip Mote, who studies climate-related changes in snow cover and was not involved in this work, points out that the onset rate of flooding may not be particularly high, so doubling the risk doesn’t necessarily mean a region is suddenly inundated with flooding. . The changing landscape will nevertheless require a rethinking of flood management, but this will require more data.

“Climate scientists like to watch [periods of] 30 years,” notes Musselman. But his team had to limit the time window because they were running out of computing power. “We’re facing this wall of computational demand to simulate all the physics involved,” he explains.

The simulations took a year of NCAR supercomputer time, so they could only look at one climate change scenario: the average of all 19 different climate models in a “business-as-usual” emissions scenario. Ideally, it would also be good to know what the forecasts look like under additional climate scenarios.

The 13-year period is “OK if it’s handled carefully,” says Prof. Mote. “That’s a limitation if you’re using 4 km resolution across the entire US — that’s a whole bunch of computers and data.” It does make it tricky for regions with rare events that can only be reproduced a few times over 13 years, he explains: “The exact way those events change is probably less robust than if they were a 30- or 50-year simulation. to have. “

In anticipation of winter and spring rainfall, reservoir managers in many regions release large amounts of water in the fall, creating space to absorb the incoming Flood. “Reservoir managers follow strict rules,” explains Musselman. “They have guidelines based on historical data. The challenge is that, as the climate changes, our rules and regulations are not adapting to it.”

The simulation suggests that flood risk isn’t the only thing that’s going to change — seasonal timing will change, too. In some regions, the greatest risk is likely to shift from spring to winter; in others, from winter to spring. This means new rules for both the provision of high water buffers and for ensuring sufficient replenishment in dry periods.

The current rules are “strongly focused on dates,” said Charles Luce, a hydrologist who studies water management. Changing the rules is complicated because of all the different people involved, but work is already underway to figure out how to update the rules in the face of climate change, he says. That work will likely “look to this paper for guidance.”

The flood protection infrastructure itself also needs to be looked at, civil engineer Farshid Vahedifard says: “Dikes and dams need to be re-analyzed to see if they can safely withstand and cope with this new pattern of flooding.” This is especially crucial, he adds, because “most of these dams and levees are old and a large percentage of them are currently operating under marginal conditions.”

However, there is still work to be done to convert this risk projection into actionable information. “It is the first step in a series of studies that aim to better understand hydrology,” Musselman says. Future work will need to look at how this translates to a very local scale, including how factors such as soil saturation and vegetation influence the risk of runoff becoming a flood. And continuous observation of the real situation on the ground will also be essential.

Hydrologist Wouter Berghuijs agrees with Mote that the simulations match what intuition would predict, but it’s “good to see it confirmed in harder numbers,” Berghuijs says. “These models are not perfect and there are uncertainties associated with them,” he adds. “That doesn’t mean they don’t provide actionable insights.”