A telemarketer called my elevator |Techilink 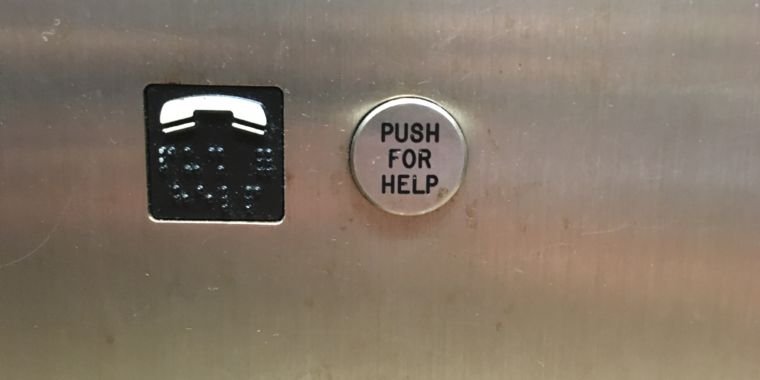 For most of my adult life I have lived in densely populated urban environments where elevators are part of everyday life. During that entire time, I jammed an elevator a total of once. Someone opened a small panel, pulled out what looked like a handset from an old rotary telephone, and managed to send people over to get us out. I was a little too distracted at the time to think about the technology involved, and I’ve had no reason to think about it ever since.

Decades of unwitting bliss were interrupted this week as the emergency intercom on my elevator — now just a speaker embedded in the elevator wall — tried to get my attention. Because it wanted to offer me a great bargain on a pair of solar panels.

After a brief, wondrous stint where the Don’t Call Registry seemed like magic, telemarketers are back. It’s rare now that I go a day without offers to help with the student loans I paid off decades ago or the credit card balances I zealously avoid having. Usually I manage to hang up before the recording can finish the first sentence. But in this case, I got on an elevator with a pitch in full swing and had to listen to it for six floors, not to mention the time it took for the doors to open and close.

As with the rest of the calls I receive, it was hilariously off-target. The “roof” of my apartment is made up of the elevator’s mech room, meaning the obvious place to install solar panels is indoors. There is some outside space, but it’s a small balcony with nothing above it, so at best I could put a few against the wall.

But all this didn’t stop the happy voice from suggesting that I press “1” to keep my electric bill from going up. I could also press 1 to take advantage of tax breaks. In fact, the call seemed to be a long list of several reasons why I should press “1” – if ever there was a reason to press another number, I exited the elevator before it was called. And the whole idea of ​​pressing “1” was as hilarious as the field itself, since there was no keyboard in the elevator at all.

In fact, the elevator only had a single button to call for help. I suddenly realized that this sales pitch was a literal phone call. But in an age of cheap mobile hardware, that makes sense. And if the elevator’s emergency intercom is just a mobile device, there’s no reason it shouldn’t be the target of robocalls just like everything else.

I tried my best to identify the elevator manufacturer, but there was no obvious clue in the cabin itself. So while I’d rather have some commentary from the company, it’s not clear how I can get it. Other manufacturers did not respond to requests as of the publication of this story.