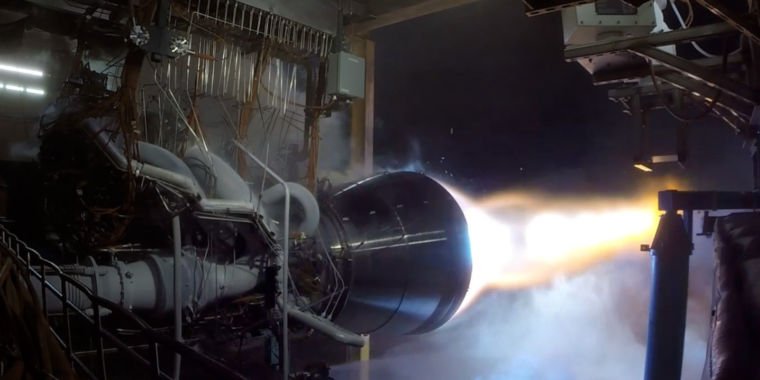 On Monday, US aerospace companies submitted their final bids to capture a share of the $1.2 billion the Air Force is offering over the next five years to develop new launch systems for military purposes. The “Launch Services Agreement” contest has been closely watched in the aerospace industry as the winners will help determine the future of US missiles.

Through the competition, the Air Force is seeking to end its reliance on Russian-made engines to launch its spy and communications satellites into space. It wants commercial companies to provide two US-manufactured launch systems that can meet all national safety requirements, including the launch of complex and heavy payloads.

Previously, the Air Force has invested in technology development for this program, and in 2016 it awarded rocket engine development awards to SpaceX, Orbital ATK, United Launch Alliance, and Aerojet Rocketdyne. In future awards, the Air Force will probably end up winning the number of entrants. But which way would it go?

The recently passed National Defense Authorization Act provides direction to Congress for these funds – and possibly some answers to this question. The language in section 1605 of the bill allows the Air Force some flexibility in its deliberations, but should also raise concerns for some bidders.

In particular, the language allows the Air Force to spend additional money on developing a domestic “missile propulsion system”; the interface with or integration of new rocket engines into planned or existing rockets; and capabilities such as vertical integration of payloads required by national security missions. Further, the bill defines “missile propulsion system” as a main booster, first stage rocket motor, or motor. The term does not include a launch vehicle, upper stage, tethered engine or associated infrastructure.

United Launch Alliance (ULA) probably has the most at stake with the Air Force’s launch competition. The Colorado-based company has two venerable launch systems that currently serve the needs of the military, the Delta and Atlas fleets. But Delta missiles are expensive to fly and will be retired within a decade. The Atlas missiles are more cost-effective, but they use Russian-made engines. Therefore, ULA needs to develop a new lower cost missile, made with US engines, to have a meaningful future in the US launch industry.

The company has put forward the Vulcan missile as a solution to this problem. The congressional language appears to offer both good news and bad news for the company. On the plus side, it will continue to fund the US-built engines the rocket needs and the cost of integrating those engines into a new rocket. However, the bill does not include funding for the development of a full launch system, which ULA’s parent companies, Lockheed Martin and Boeing, were seeking.

Nevertheless, according to a Capitol Hill source involved in the development of the language, the company is fine with this compromise. “ULA and the Air Force both seem good with the language,” this source said. “Boeing and Lockheed Martin will make significant investments if they know the government will provide most of it.”

Another provision in the bill relates to the engines under development for Vulcan. This language states that the Air Force may terminate funding for other missile propulsion systems when “the Secretary of the Air Force declares to Congressional defense committees that a successful full-scale test of a domestic rocket engine has occurred.” Three sources interpreted this to Ars as a provision that could benefit ULA and Blue Origin, the aerospace company founded by Jeff Bezos.

To power the new Vulcan rocket, ULA has said it prefers Blue Origin’s BE-4 rocket engine, but will consider Aerojet’s AR1 engine as a fallback option. (Both engines are under development). The new language appears to allow the Air Force to end funding for the AR1 engine after the BE-4 undergoes a successful hot fire test. Blue Origin may have already met this requirement, with a full test at 50 percent power in October.

This seems like a significant change, as Congress has historically pressured the Air Force to support Aerojet. In 2016, the Air Force agreed to invest a whopping $536 million in developing the AR1 engine as a domestic engine. As of August, according to a report in Space newsthe Air Force has only invested about a quarter of that money, which could save it a significant amount if its officials and ULA are satisfied with the performance of the Blue Origin engine.

“I was really surprised to see that particular language, and actually I haven’t heard from any of the Aerojet people, which is also surprising,” the congressional source told Ars. “Frankly, though, that termination is 100 percent the right thing to do. In my opinion, the federal government doesn’t have to spend money if ULA doesn’t want to use it.”

The language in the compromise proposal also appears to favor SpaceX, as it does not give ULA or Orbital ATK a blank check to develop a full-size commercial rocket that could directly compete with the Falcon 9 or Falcon Heavy rocket . In addition, this restriction could free up Air Force funding for the Falcon Heavy, a high-energy upper stage, or infrastructure to enable the SpaceX heavy-lift rocket to take on all the government’s desired jobs.

Recently, SpaceX’s president also suggested that the company could bid for some Air Force funding to develop its Big Falcon Rocket (BFR) and Big Falcon Spaceship (BFS). “I expect there is some residual capacity of that system that the government will be interested in,” Gwynne Shotwell said in Luxembourg earlier this month. “I do see that we would probably get some funding from the government for BFR and BFS.”

In general, the congressional guidance appears to support the Air Force’s efforts to seek lower-cost commercial industry solutions and to allow investment in reusable launch systems. Now comes the hard work of actually selecting the winners of the bidding process, which will likely be revealed next year.