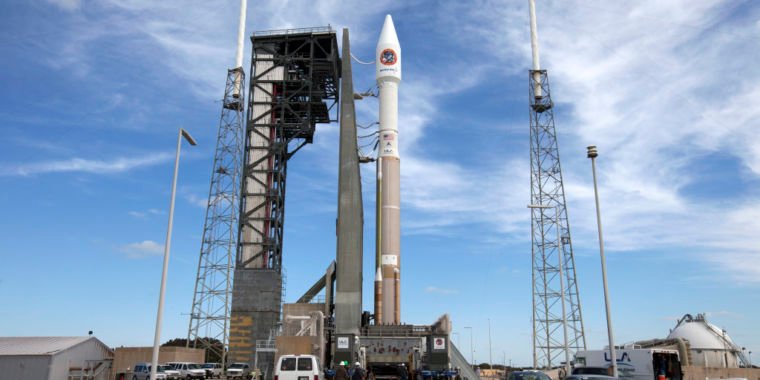 On May 15, SpaceX launched its heaviest payload ever to geosynchronous orbit, a vantage point far above the Earth. Because the Inmarsat satellite weighed more than six tons, it was originally planned to launch on SpaceX’s Falcon Heavy rocket. When the launch contract was signed in 2014, neither SpaceX nor Inmarsat expected the regular Falcon 9 rocket to lift so much, so high.

However, since the Falcon 9 began regular flights in 2012, SpaceX has behaved more like a start-up company than a traditional aerospace company, with two or three major booster upgrades and dozens of smaller tweaks to improve performance. By doing this, SpaceX has effectively doubled the lift capacity of the rocket. Partly as a result of this, the US military now allows SpaceX to bid for national security payload launches.

SpaceX has paid for these upgrades by using private investment in addition to revenue from government and commercial launch contracts to improve its products. This innovative approach to aerospace, including the pursuit of reusability, has revolutionized the global launch market and has driven competitors such as the US-based United Launch Alliance (ULA) to compete on price.

A day after SpaceX’s Inmarsat launch last month, the US Department of Defense quietly awarded ULA a mere $27.4 million to convert its launch vehicle from “historic avionics to regular avionics.” Under the contract award, work was to be completed by July 1, 2019 at the company’s Decatur, Alabama facility. The avionics aboard a missile involves communication, navigation and management of multiple systems to control flight.

The government award for ULA reinforces the idea that, traditionally in aerospace, the government pays for missile upgrades. But it is also curious because of the timing: the work must be completed in two years. Based on information in an article written by two ULA engineers and published in Advances in the guidance, navigation and control of aerospace sciences, the electronic system has already been upgraded. In addition, the February 5, 2016 launch of a GPS satellite for the Air Force marked the first launch of the common electronic system.

“The launch of GPS IIF-12 in February 2016 represents the culmination of several years of development work to update avionics hardware and flight software, as well as simulation and test environment tools,” the research paper states. “Common avionics addresses the challenge of obsolete parts that every program with the long life of (these) faces. ULA has taken this opportunity to design and manufacture a more affordable vehicle control solution that also expands the capabilities of our launch fleet will expand.”

In response to questions about whether ULA is indeed being paid for the work it has already done, a company spokeswoman, Jessica Rye, referred Ars to the US Air Force. Because the Air Force’s Space and Missile Systems Center was undergoing a change of commander in mid-May, Ars waited 10 days for an Air Force spokeswoman, Alicia Garges, to explain. For now, we’ve decided to publish this story with no response.

Regardless of the explanation, this unannounced contract award seems significant, if only because it illustrates how the “commercial space” industry is trying to compete with older, established aerospace companies (ULA is co-owned by Boeing and Lockheed Martin). Critics of SpaceX and other new space companies often say that they are not really “commercial” nor are they particularly different from traditional space companies, because the new companies often get large contracts for government work, such as launches.

However, the type of contract matters. Typically, new space companies will invest more of their own resources and offer a service such as launching a satellite for a ‘fixed price’. As the new ULA award demonstrates, the “cost-plus” method of contracting remains alive and well, even in cases where it favors one company and penalizes a competitor in government affairs.