A look at the EKG from the Apple Watch, from someone who needs it | Techilink 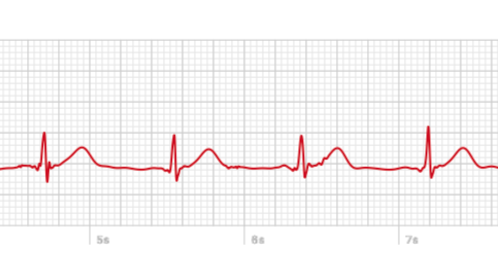 When Apple introduced the fourth iteration of its smartwatch, the big new selling point wasn’t a feature we typically associate with a watch or any other kind of smart device. Instead, the company added a feature that had only recently arrived in the form of specialized consumer devices: an electrocardiograph (ECG), a device made for monitoring the heart’s electrical activity.

But the watch was ready before the software was ready, meaning an examination of the technology wasn’t possible in our in-depth review of the Apple Watch Series 4. Last week, Apple finally enabled the missing features, and we spent a few days checking them out.

People who haven’t used the Apple Watch may not realize how much it is an extension of an iPhone. This includes the heart monitoring software, which requires an update to both the Watch and iPhone operating systems for it to work. (This caused a little bit of confusion when the software didn’t start after we just upgraded the watch’s operating system.) Once the update is complete, the Health app on the iPhone will record all EKG data generated by the watch. On the watch side, the update will install a new app.

From there, taking an EKG is phenomenally easy: launch the app, place your finger on the crown of the watch and wait. For 30 seconds, your heart’s electrical activity creates a red trail across the watch’s screen. It’s incredibly useful – not much more intrusive than recording your heart rate. And as long as you wear your watch on a specific day, it is always available to you.

Once complete, the app will let you know if the track has recorded normal heartbeats, called a sinus rhythm. However, the ECG trace cannot be viewed on the watch; all you can do with the app is record one more track. To see the results yourself instead of trusting Apple’s software, you have to switch to the phone.

That’s somewhat annoying. The whole point of the watch seems to be to let you interact with it rather than your phone. And there’s something more distracting about pulling out your phone and playing with your screen instead of taking a quick glance at your watch.

Other than that annoyance, the tracks look great. Given how far your fingers are from the heart itself, there’s a lot of noise in an ECG signal being picked up by the watch that software needs to filter out. Apple’s software does an admirable job. The trace is shown as a thick red line, making it easy to interpret. On the phone side, the display is equally good and can be shared through the usual options. You will receive a PDF via email or Air Drop that you can keep for your records or send to your doctor.

The Evolution of EKGs

Those who have read my previous coverage know that I have a personal interest in the proper functioning of this system. Genetics has predisposed me to atrial fibrillation, a heart rhythm disorder with serious health consequences. I am currently experiencing an erratic mix of occasional atrial fibrillation and harmless premature atrial contractions, both of which I can feel when they occur. Medically, I have to check things to make sure the rate of atrial fibrillation stays low and doesn’t start to show up without symptoms I can feel. This doesn’t require the detailed information you can get with doctor-grade hardware – a simple overview of the activity will suffice (but won’t be for everyone, of course).

This monitoring has changed over the years. It started with week-long sessions with a Holter monitor, a compact, portable version of EKGs worn around the clock for a week or so. The hope is that a week is long enough to accurately measure your heart’s behavior for the rest of the year – something which in my case is usually not true. Over time, I also developed an allergy to the glue used to hold the electrodes.

Around this time, technology caught up with my needs. A company had made a small, affordable device called the KardiaMobile that would read my heart’s activity from my fingers and send the data to my phone. Assuming I could continue to feel when my heart is out of rhythm, this would allow me to track what type of arrhythmia I was experiencing and send the information to my cardiologist. Over time, I also got an idea of ​​how to interpret the tracks.

Better, but not ideal. The Kardia device communicates with phones ultrasonically, making it sensitive to the precise positioning of the device and the phone; small shifts halfway through the recording create strange effects on the track. While it was very portable, it wasn’t something I had with me all the time, and I didn’t always have the space to set it up so it could communicate well with my phone. Finally, it couldn’t answer a critical question: Have I developed periods of arrhythmia that I don’t notice because they are asymptomatic?

In many ways, the Apple Watch’s heart function seems like the next step in the evolution of my monitoring. It’s enough hours of the day on my wrist that if asymptomatic arrhythmias start, there’s a good chance it will pick them up. (I set it up to alert me to high heart rates while resting, and I lied about my previous diagnosis of atrial fibrillation so it would look out for that too.) It seems to produce a good enough trace that I can single out premature contractions. And it’s not picky about how it’s set up — I could potentially produce a good trail while continuing a conversation over dinner, for example. Yes, it’s more expensive than the dedicated device, but it clearly does a lot more than just guard my heart.

It will take several months of monitoring and a few more incidents of strange behavior before I get the same sense of confidence I have in my existing routine. But if the early results pay off, Apple has done a good job with this software.