A limiting factor in generating electricity in a warming world? Water. | Techilink 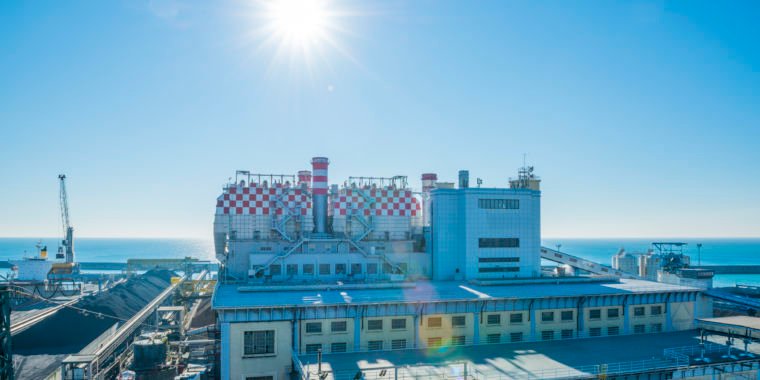 Unless you work in a coal, gas or nuclear power plant, you may not think of water when you think of electricity (certainly at a household level; they don’t mix). But water plays an important role in cooling many power plants, and many power plants also rely on a nearby source of water to create steam that drives turbines. So the availability of water for energy production is a serious consideration. Not enough water? That power plant should shut down. If the water is not cold enough to cool the plant? The same problem.

In an article published in Nature Energy this week, a group of researchers from the Netherlands estimated how water availability would affect coal, gas and nuclear power plants in the European Union until 2030. The researchers took into account a changing climate that is likely to make water resources scarcer and warmer, but they were also responsible for progressive renewable energy policies in EU member states, which have already led to some thermoelectric power plants being retired. go in favor of wind and sun (which require negligible amounts of water to operate). The researchers also counted new coal, gas and nuclear power plants that are in the planning or construction stages and likely to come online before 2030.

The model tracked the “water footprint” of 1,326 thermoelectric power plants in Europe (that is, the amount of water they need to operate), as well as 818 water basins from which those plants draw water. The researchers found that plants along 54 water basins could potentially have less power available by 2030 due to a lack of water for cooling or steam production, compared to 47 in 2014. If the EU were to experience summer droughts such as those experienced in 2003 or 2006, power shortages would follow, the newspaper noted.

While seven additional basins of water shortages from the 818 may not seem like much, they are exacerbating problems that already exist. Thermoelectric plants are already experiencing some stress in regions along the Mediterranean coast, namely in Portugal, Spain, Italy, Greece and Bulgaria. The researchers also note that they only counted thermoelectric plants that were 100 MW or larger, and they can’t be absolutely sure how energy markets will play 12 years into the future. “While future capacity is uncertain, this indicates that our results should be viewed as a lower limit of vulnerability, where potential future impacts are greater,” they wrote.

It seems that, despite the planned shutdown of thermoelectric plants in the EU in favor of wind and solar power, cooling water scarcity will still be a factor in a warming world. By 2030, areas with a higher likelihood of shortages will spread to France, Germany and Poland.

The newspaper reports that there are a number of things we can do to prevent these kinds of water/power shortages, but that all costs money. On the Mediterranean coast, retrofitting seawater cooling installations can be cost effective. Placing dry air cooling power plants with a condenser or a secondary air cooling method could work in other areas, although it is generally much more expensive than its more traditional counterparts. Alternatively, plants may retire early after two-thirds of their expected lifespan. Another option would be for policymakers and investors to scrap currently planned and under construction thermoelectric power plants and replace that capacity with renewable energy.

When studying the possible adjustments that grid planners could make, early retirement of thermoelectric plants seemed most effective in reducing water use. But it’s not that cut and dry, because it depends on whether and how you replace that capacity with something else. The researchers admit that many of the leading candidates for climate mitigation measures also use a lot of water. “Biofuel production and carbon capture and storage significantly increase water demand compared to their more carbon-intensive counterparts,” the paper notes.

Instead, they argue, there is a need to monitor watershed management more closely to adapt power plants to regional demands. This is not always as easy as it sounds, the researchers explain, because energy policy and water policy have in many cases evolved separately, especially when water resources are shared by many countries. Water basins often cross administrative and even national boundaries, making coherent energy and water management difficult, as water policy is often determined by political rather than hydrological boundaries.

Barring cooperation and intelligent management, the EU risks being vulnerable in the next drought.