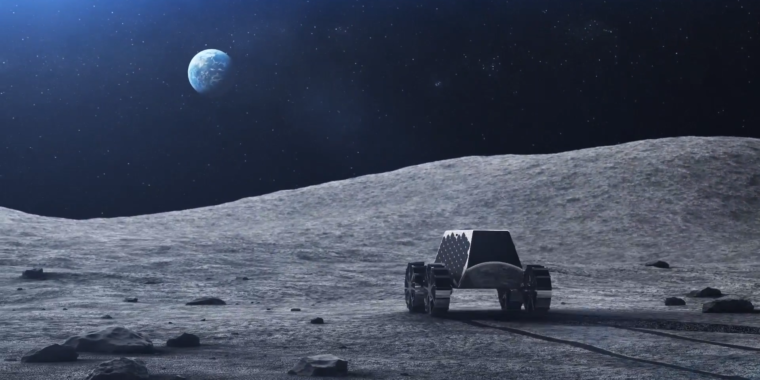 On Wednesday, a Japanese company called ispace announced that it has planned two missions to the moon within the next three years and that it has acquired ride-share launches on two Falcon 9 rockets to carry out those flights. The company’s founder, Takeshi Hakamada, also said he has a long-term vision to have a city on the moon visited by 10,000 people a year by 2040.

If this all sounds a little too ambitious, well, welcome to the world of space travel, which is always heavy on promotion and big ideas. And we like that. NASA didn’t land on the moon because it was timid. However, we also feel compelled to bring at least a touch of realism into the conversation.

The two missions announced by ispace on Wednesday are an orbiter launch in mid-2020 and a more complicated lander-and-rover mission a year later. Both will be secondary payloads on Falcon 9 rocket launches, which will be released by the rocket’s second stage into geostationary orbit. From there they will go to the moon under their own propulsion power.

The first orbiter is a relatively simple mission. Jamie Denniston, the lander’s chief engineer for the company, said the mission’s success would reach lunar orbit. In addition, the company hopes to take photos of the surface and validate some of its navigation systems for future missions.

Following this mission, ispace completed a preliminary design review of its lander, in which two robbers. There is a larger “mother” rover that can then deploy a smaller “child” rover to enter “skylights” leading to lunar lava tubes. The child robber would remain connected to its mother robber by a chain, which would provide power and communication. This is both strikingly cool and ambitious.

However, the success of a mission does not require these complex maneuvers. For this mission, to be launched in mid-2021, ispace defines mission success as making a soft landing and surviving one day on the surface of the moon. Any exploration activities or lava tube trips are considered a bonus.

During a conference call with several reporters, Hakamada said the company hopes to demonstrate to potential customers that it will initially be able to deliver 30kg of payload to the lunar surface. But he also has longer-term plans that will allow him to serve customers who want to reach the lunar surface with larger payloads. In addition, the company is developing the ability to mine ice from the lunar poles to convert hydrogen and oxygen into rocket fuel.

“By 2030, we expect to start developing propellant and send it to spacecraft in space,” Hakamada said. He hopes that by then there will be hundreds of people working on the moon or in orbit around the moon to support an industrial base. A decade later, by 2040, he envisions a city called “Moon Valley” on the lunar surface, with a diverse array of industries and thousands of visitors each year.

“We believe we can establish such a world if we can actively develop our capability at the current rate,” Hakamada said.

Hakamada led the team called Hakuto in the Google Lunar X Prize, which no team could win on the project’s deadline earlier this year. Since that competition ended, Hakamada has continued to work for the ispace company he founded. He says the company has raised $95 million so far, enough to fund the orbiter and lander mission.

That’s a significant amount of money, but until the company starts producing flight hardware, it’s hard to overvalue its efforts, even if the preliminary designs seem solid. (We’ve seen a similar phenomenon at another company, Moon Express, that wanted to develop lunar resources.)

The longer-term goals are commendable, but the company appears to be seriously underestimating the difficulty of reaching moon ice, harvesting it under extremely cold conditions, and producing propellant from ice. These are all major technical challenges in unprecedented circumstances. In addition, NASA’s plans to return to the moon, even under optimistic conditions, would not bring a handful of people – let alone hundreds – onto the lunar surface before the end of the 2020s, and China has no plans to make such landings. for the early 2030s.