A history of dark matter | Techilink 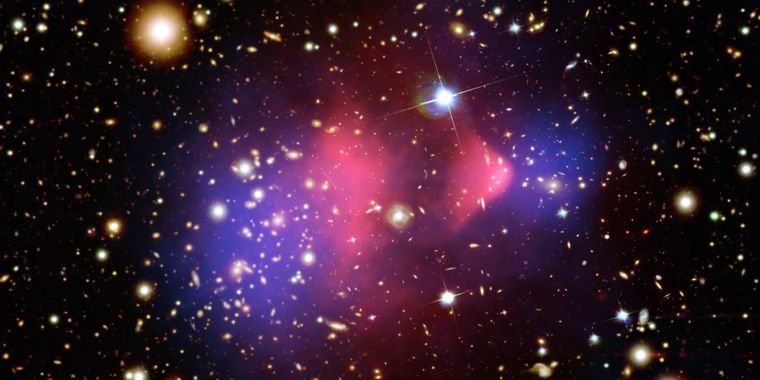 For decades, the hunt for a dark matter particle has looked at many possible solutions, but so far humanity has not found a clear answer. Is dark matter a neutrino? An axion? A figment of our imagination? Scientists disagree, though experiments from XENON to ADMX continue to strive to give us an answer.

“We have to be extremely open-minded about what it could be,” James Bullock, a professor of physics and astronomy at UC Irvine, told Ars. “Dark matter could be even more interesting than we thought it would be 20 or 30 years ago.”

The accumulated confusion surrounding dark matter can be extremely difficult to parse these days. Recent headlines stated that dark matter may not even exist, and even devoted followers could be forgiven for wondering how scientists got the idea in the first place. So to better understand dark matter’s place in the Universe, it may be helpful to look back at how our ideas about this mysterious material have formed and evolved over time – it’s time to take a brief history of dark matter.

As explained in a recent review by Gianfranco Bertone and Dan Hooper, the earliest references to dark matter merely hint at the modern understanding. Towards the end of the 19th century, new images from the burgeoning field of astronomical photography revealed dark areas in the sky. Stars didn’t appear to be evenly distributed, and scientists wondered if this was because there were no stars in dark regions at all, or if absorbing matter was blocking their view of other stars.

Lord Kelvin, a Scots-Irish physicist, was one of the first scientists to attempt to estimate the number of dark bodies in the Milky Way galaxy. He used estimates based on the observed velocity dispersion of the stars – how fast these stars orbited around the galaxy’s core. Information about the speed of these stars enabled him to estimate the mass of the galaxy. There was a difference between that mass and the stars we can see. In one of his Baltimore lectures on molecular dynamics and the wave theory of light, he concluded that “many of our stars, perhaps a great majority, may be dark bodies.”

Henri Poincaré, a French mathematician and physicist, responded to Lord Kelvin’s ideas in his 1906 work, “The Milky Way and Theory of Gases”, explicitly using the term “dark matter” or “matière obscure” in the original French used. Although he was impressed by Lord Kelvin’s ideas, he disagreed with the man’s conclusions. Poincaré wrote that “since its number is comparable to that which the telescope gives, there is no dark matter, or at least not as much as there is shiny matter.”

Poincaré ended his paper on an uncertain note. Physicists, armed with a misunderstanding of what drives stars, estimate they can only exist for “fifty million years” before going extinct. Given the relative shortness of a sun’s lifespan on the cosmological timescale, shouldn’t we expect to see a greater amount of dark matter in the form of dead stars? He left the question unanswered.

It’s easy to see that in this early period, dark matter literally meant dark matter: regions of the sky that lacked light and that scientists speculated might represent dark bodies. But hold on to your hats (and 19th-century monocles) – the coming decades would bring significant changes to our understanding of dark matter.

The first significant evidence that dark matter is actually much more common than previously believed came from the work of Swiss-American astronomer Fritz Zwicky. After studying the Coma cluster of galaxies, he determined that it did not contain enough visible matter to hold itself together. While the 800 galaxies he studied should have a velocity spread of 50 miles per second, he found that the true value was closer to 600 miles per second. This meant that stars were traveling so fast that they had to escape their mutual gravitational pull.

The fact that they hadn’t suggested that the galaxies had more mass than could be explained with visible matter alone. “If this were confirmed,” Zwicky wrote in his 1933 paper. “We would get the surprising result that dark matter is present in much greater quantities than luminous matter.” The extra mass of this theorized dark matter would help explain how the cluster of galaxies is able to stick together through gravity.

Later calculations showed that Zwicky’s estimate of the mass-to-light ratio was too large, by a factor of about 8, meaning that his estimates for the amount of dark matter were too high. Still, his work paved the way for our understanding that most of a galaxy cluster’s mass is not actually in the form of atoms.

Like others before him, Zwicky still felt that dark matter was composed of material such as cold stars, other solids, and gases. Until now, the scientific community had no convincing evidence that this missing mass could be anything else.