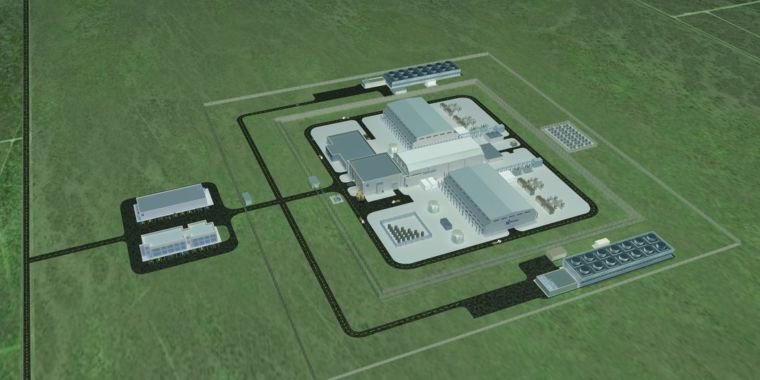 The benefits of nuclear power — zero-emissions shippable energy (excluding emissions from uranium mining) — are desperately needed in a world facing climate change. The disadvantages of nuclear energy are also considerable. The old light water reactors that serve the U.S. electrical grid today create nuclear waste that is politically impossible to dispose of. Nuclear power plants with traditional reactors are also extremely expensive to build and difficult to operate.

For these reasons, many nuclear hopefuls have looked to advanced nuclear technology. Several startups have sprung up, promising to make either the waste problem or the cost problem disappear.

The bad news first: Nuclear startup Transatomic to close, according to MIT Technology Review. Several years ago, the startup raised millions on promises to use spent nuclear waste as reactor fuel and to “generate electricity 75 times more efficiently than conventional light water reactors”. MIT Technology Review. The company later withdrew that claim “75 times” after an assessment by MIT’s nuclear engineering division found a problem with it.

Instead, Transatomic revised its estimates in 2016 to say its reactor would be capable of generating more than twice the energy per tonne of uranium mined than a standard reactor.

The company’s design to use spent nuclear reactor fuel in a molten salt reactor was also questioned, leading Transatomic to state in its 2016 review that the design “does not reduce existing stockpiles of spent fuel”.

The lost confidence made it harder for Transatomic to find funding to complete the $15 million needed to build a prototype reactor, even though it had already raised about $4 million.

Leslie Dewan, CEO and co-founder of Transatomic, said: MIT Technology Review that “the company’s designs still offer significant advantages over conventional reactors, including much less waste generation and improved safety.” Dewan promised that Transatomic “will make all of its intellectual property open source, making it available for other researchers to ‘continue and hopefully build on the work we’ve started’.”

The better news in nuclear technology this week comes from a company called NuScale Power, based in Portland, Oregon. That company issued a press release today stating that, after an 18-month search, it has selected manufacturing company BWX Technologies to begin engineering work that will lead to production of the company’s Small Modular Reactor (SMR) design.

Phase 1 engineering and production begins today and will last until 2020, NuScale wrote, and then phases 2 and 3 — “preparation for fabrication” and “fabrication,” respectively, will continue from there.

According to Local 8 News of Idaho Falls, NuScale’s first customer will be Utah’s Associated Municipal Power Systems, which will deploy a 60MW light water reactor west of Idaho Falls for use in “electrical generation, district heating, desalination and process heat applications.” The company expects NuScale to make its first SMR reactor will deliver in mid-2020.

That timeline may be due to the fact that NuScale’s reactor designs have already received phase-one approval from the U.S. Nuclear Regulatory Commission in a six-stage process. (Forbes notes that the first phase of the NRC’s approval process is the most difficult and usually takes longer than the five remaining phases combined.)

Small modular reactors do not solve the nuclear waste problem mentioned at the top of this article, but in theory they could solve the cost problem of nuclear energy. By building smaller reactors that can be modularly expanded as needed, not only could location, construction and regulatory costs remain proportionally lower, but by using the same production and construction crews to build more, smaller reactors could theoretically develop a workforce with expertise in building and installing reactors.