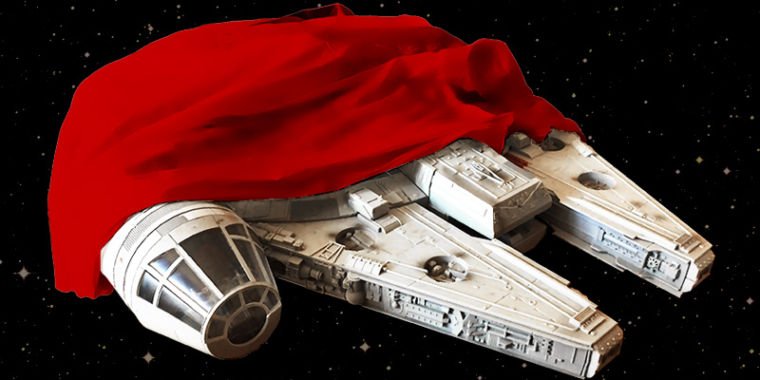 Warning: This post probably contains some mild spoilers about the 2018 Han Solo movie. If you don’t want to know anything about that movie, stop reading here.

One of the Millennium FalconIts overriding charm is the fact that it looks like a total piece of junk. It’s something people will point out when they first see it, but this odd-looking thing — a Corellian YT-1300f for those in the know — always has it where it counts.

However, expect a slightly different looking falcon in the upcoming Han Solo movie. That tidbit is thanks to the Fingered podcast at Making Star Wars, as one of the hosts recently got an inside look at what is arguably fandom’s most beloved spaceship.

The first two thirds of the podcast are devoted to firing Episode IX director Colin Treverrow. That latest departure followed news in June when something similar happened to the Han Solo film and the studio parted ways with directors Phil Lord and Christopher Miller. That was unfortunate for those of us who wanted to see what the sensitivities behind it are The Lego movie could do with such an iconic character; instead, we’ll see what Ron Howard has in store.

But from the 19 minutes and 41 seconds, the conversation turns to the falcon. (There’s also some NSFW language, so keep that in mind if you’re in the office or with your kids.) Since the Han Solo movie is set over a number of different time periods, we get to see the ship when it was new and shiny and still owned by Lando Calrissian. In fact, it’s blue and white and looks quite a bit like a concept sketch of Revenge of the Sith:

We also finally find out how the falcon is supposed to load cargo: apparently some sort of cargo pod can dock between those front forks, ready to be dumped on the face of authorities. falcon nerds like me will probably be pretty excited about seeing the ship in its early days, but it’s companies like Lego that For real excited about the news. Now there’s an excuse to change the plastic color in those brick molds and sell us a second eye-wateringly expensive model.