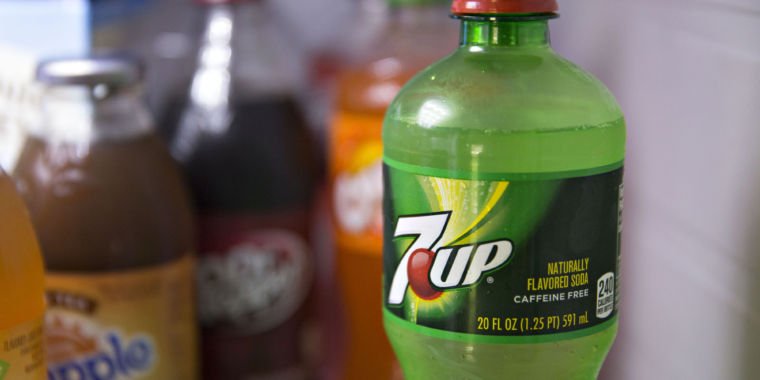 7Up, the lime-lemon soda that was sometimes thought to get its name from its original seven main ingredients, now has a disturbing eighth ingredient in Mexico: methamphetamine.

Arizona health workers are warning travelers to the Mexicali area to be aware of potentially contaminated soda there. The warning comes days after medical toxicologists and emergency physicians received reports of soda tampering in the area.

According to the Baja California state attorney general, seven people fell ill and one of the spiked soft drinks died. Officials asked merchants there to suspend sales of 7Up and remove the product from their shelves. And an investigation is now underway to find out how the illegal stimulant got into the soda.

Chris Barnes, a Dr Pepper Snapple Group spokesperson, told Arizona news outlet AZCentral that 7Up products are safe in the US. “None of the 7Up products sold in the US are related to the problem reported in Mexico,” Barnes said. “Dr Pepper Snapple owns and licenses the 7Up brand only in the US and its territories. We do not market, sell or distribute the brand internationally.”

Health professionals advise travelers to remain vigilant about the drinks they buy. “It is important to check that the seals on all food and drink consumed are still intact and show no signs of tampering,” said Dr. Daniel Brooks, a poison and drug expert at Banner Health, said in a statement. “If you notice any difference in color, taste or smell, throw it away.”

Symptoms of consuming meth-laced soda include: burning sensation in the esophagus or abdomen, nausea, vomiting, difficulty breathing, and fast or irregular heartbeat.

This isn’t the first time 7Up has featured a powerful drug. When the soda was first released in the 1920s, it contained lithium citrate, a mood-stabilizing psychiatric drug used to treat manic states in people with bipolar disorder. Some have theorized that the soda gets its name from lithium’s atomic mass, which is about seven.