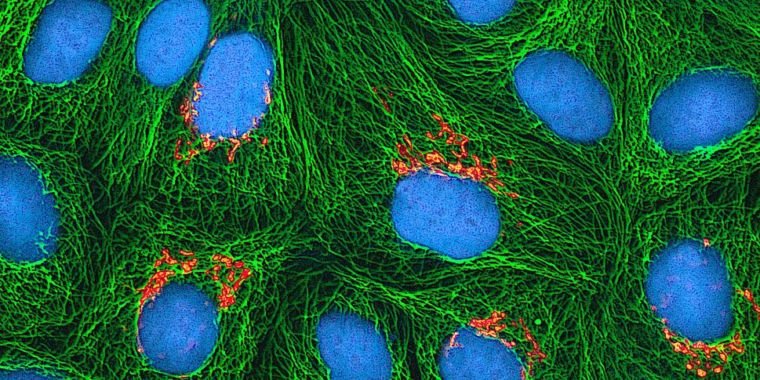 Normally, news is about something that, as the name implies, is new. But this week focused on a problem in biology that is anything but new. There have been warnings for decades that researchers sometimes conduct studies using cells that are misidentified, for example presented as liver cells, when in fact they come from the spleen. As cell lines are shared and studies build on previous work, this misidentification could lead to greater problems in the scientific record.

Despite decades of warnings and the existence of a database of problematic cell lines, the problem is not going away, as highlighted by a study published last week. The new analysis estimates that as many as 10 percent of biological science papers may be affected by instances of mistaken cellular identity. And it is difficult to attribute this to anything other than carelessness and overconfidence on the part of biologists.

How did you get the wrong cells? There are several ways. New cell lines are often made from tumor or tissue samples. If the sample is not 100 percent pure, there is a chance that something different will grow out of it than you expect. In addition, some tumors can be misidentified – presumed to be lung if found there, but the tumor may actually be a metastasis from a cancer that started in another tissue. While there are ways to identify a cell’s source (usually checking the battery of active genes in the cells indicates the origin), this has not been done as consistently as it should be.

Problems do not end with the establishment of the cell line. These cells often remain in freezers for years, where preserving their identity depends on clear labeling and/or careful bookkeeping. Then there is a problem associated with its use. Some cell lines are extremely well adapted to life in plastic plates (particularly HeLa cells). If you mix some of these with the cells you use through accidental contamination, they will gradually take over the population and push out the cells you thought you were using.

The ability of HeLa cells to take over was first noticed in the 1960s, when it was estimated that up to 10 percent of cell lines in use had been replaced by HeLa. Since then, reports of additional problems have surfaced. Cell lines thought to be different turned out to be identical; “Thymus cells” turned out to be a liver carcinoma.

Reports of these cases appear more regularly in the scientific literature. To its credit, the scientific community responded by creating the International Cell Line Authentication Committee. Biotech companies sprang up offering to perform cell line validation services for a fee, but little seems to have changed. A 2015 report that looked at newly derived cell lines from China found that 85 percent of them were misidentified and that more than 90 percent of contaminated cell lines in China contained HeLa cells.

It should come as no surprise, then, that when the issue was recently addressed (again!) by two Dutch scientists, persistent problems came to light. The scientists, Serge Horbach and Willem Halffman, are notable for providing a careful quantification of how big the remaining problem is.

To do this, they downloaded the database of problematic cell lines and identified all the documents they appear to have used based on the appearance of the name in the abstract, title or references, all of which are publicly available. This is almost certainly an underestimation of the total number of papers. For starters, most publishers keep the body of the text behind a paywall, so if the cell line is listed there, it wouldn’t have been picked up by Horbach and Halffman. They also limited themselves to cell lines in which all known samples are contaminated; there are others in which both valid and problematic lines exist.

There are several types of bad news here. The first is that, based simply on this analysis, nearly 33,000 papers have been published using cell lines that we know are bad. “Misidentified cell lines continue to be used under their false identities long after they have been exposed,” as Horbach and Halffman put it. Tracking the problem over time shows that creating the database that tracks these cells didn’t cause it to decrease; at best, it slowed growth in the study of deficient cell lines.

When you look at the articles referring to these defective cell lines, the number jumps to about half a million articles – the authors estimate this cache to be about 10 percent of the scientific literature in the relevant fields. And that is after Horbach and Halffman eliminated all cases from the same researchers who cited their own papers. In total, 46 publications were cited more than 1000 times and there were 2600 articles with more than 100 citations.

So not only do researchers ignore known problems when they begin their research, it gets published and the rest of the scientific community takes it seriously.

Some of these cases are probably relatively harmless, but Horbach and Halffman examined a few specific cases that were anything but. In one case, researchers chose a second prostate cell line to see if a result was general, even though contamination had caused the second cells to be identical to the first. Two other cases involved cells that were found to be from one tissue when they came from somewhere else in the body altogether.

This is a disturbing analysis, but perhaps most disturbing is that it is anything but news. I knew this problem over 15 years ago and I didn’t do any work that depended on any of these cell lines. Since consciousness shouldn’t be an issue, it probably persists largely because of a combination of carelessness and a certain amount of overconfidence, as researchers decide that contamination is something that should be a problem for other researchers, but not for them.

All this means that biomedical researchers should be shaken out of this complacency. Horbach and Halffman have a simple solution: Publishers should search their back catalog for mention of these cell lines and tag each of these articles with what’s called an “Editorial Expression of Concern.” These are intended to indicate that the publisher is not entirely sure of the results of the article. It would put off other researchers and make the papers much less useful to researchers who would otherwise use them to promote their past achievements.

I would like to add a second suggestion: grant providers should screen all incoming grants for use of these cells and consider this as a reason for automatic rejection.

These may seem drastic measures, but the scale of the problem seems to call for it. Aside from the number of publications, biomedical researchers have become the largest recipient of non-military research funding in the US – it’s inherently problematic that our money goes to research. Research is an activity that is already so difficult that many publications end up wrong despite the best efforts of researchers, so why should money continue to go to researchers who are not doing their best?