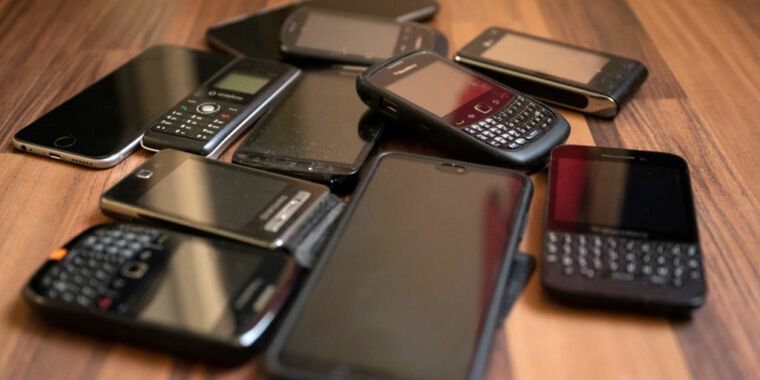 As many as a billion cell phone owners around the world won’t be able to use the smartphone-based system proposed by Apple and Google to track whether they’ve been in contact with people infected with the coronavirus, industry researchers estimate.

The figure includes many poorer and older people – who are also among the most vulnerable to COVID-19 – who exhibit a “digital divide” within a system the two tech companies have designed to reach the largest number of people possible while simultaneously protect the individuals. privacy.

Apple’s iPhones and devices running Google’s Android operating system now account for the vast majority of the 3.5 billion smartphones estimated to be in use worldwide. That offers a huge potential network for detecting infection, with studies indicating broad public support for the idea.

The two rivals are collaborating on developing a contact tracing system to be released next month.

However, their scheme is based on specific wireless chips and software missing from hundreds of millions of smartphones that are still in active use, especially those released more than five years ago.

“The underlying technology limitation is that there are still phones in use that don’t have the necessary Bluetooth or the latest operating system,” said Ben Wood, an analyst at CCS Insight. “If you belong to a disadvantaged group and an old device or a [basic] feature phone, you are missing out on the benefits that this app could potentially provide.”

Public health authorities are being asked to incorporate the technology from the Silicon Valley companies into their own apps, which will notify people if they have come into contact with an infected person and urge them to self-isolate. The more people who choose to use the app, the more successful the system will be.

According to analysts at Counterpoint Research, the specific “low energy” Bluetooth chips used to detect proximity between devices without draining the phone’s battery are missing on a quarter of smartphones currently operating worldwide. Another 1.5 billion people still use basic or “feature” phones that don’t have iOS or Android at all.

“Almost 2 billion in total [mobile users] globally will not benefit from this initiative,” said Neil Shah, an analyst at Counterpoint. “And most of these users with the incompatible devices come from the lower income segment or the senior segment who are actually more vulnerable to the virus.”

The penetration of smartphones and the use of certain devices varies widely around the world. In the UK, media regulator Ofcom said last year that about 80 percent of adults own a smartphone. However, Mr Wood estimates that only about two-thirds of adults would have a compatible phone.

“And that’s the UK, which is an extremely advanced smartphone market,” he said. “In India, you could have 60-70 percent of the population that is immediately excluded.”

Counterpoint Research is more optimistic, estimating 88 percent compatibility in developed markets like the US, UK and Japan, while about half of people in India would own the handset they need.

“Apple and Google working together to enable the use of Bluetooth technology to help government agencies identify and stop the spread of the virus is a step in the right direction,” Shah said.

© 2020 The Financial Times Ltd† All rights reserved† May not be redistributed, copied or modified in any way.