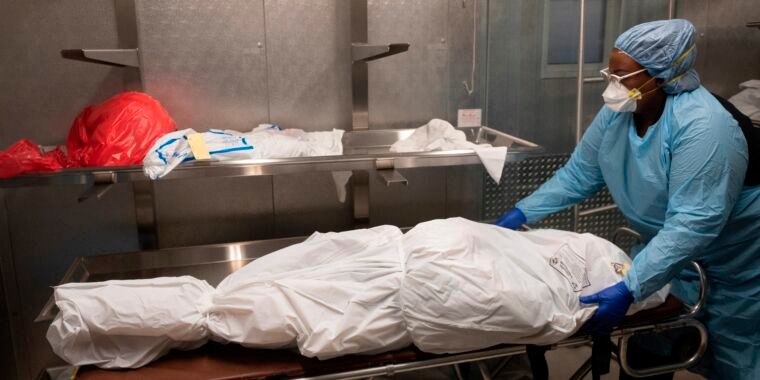 More than 100,000 people in the United States have died from COVID-19 according to various pandemic-tracking efforts — and the pandemic is far from over. As the country reached the grim milestone, many areas were still seeing an increasing number of cases, and researchers have suggested a second wave of infection is looming.

The risk of continued spread remains high as all 50 states have now begun easing restrictions to curb the transfer.

Still, the country’s arrest rate is significantly higher than President Trump’s forecast. As late as April 20, he said the death toll “went to 50 or 60,000”. He has now adapted.

Data suggests more than a dozen states are still seeing increasing cases. An analysis by BuzzFeed suggests that West Virginia, Arkansas, North Carolina, Louisiana and North Dakota are seeing some of the most significant increases in the average daily number of cases.

Perhaps even more sobering, the current number of cases and deaths – as staggering as they are – have likely been underestimated, largely due to limited testing that has plagued the country’s pandemic response from the start.